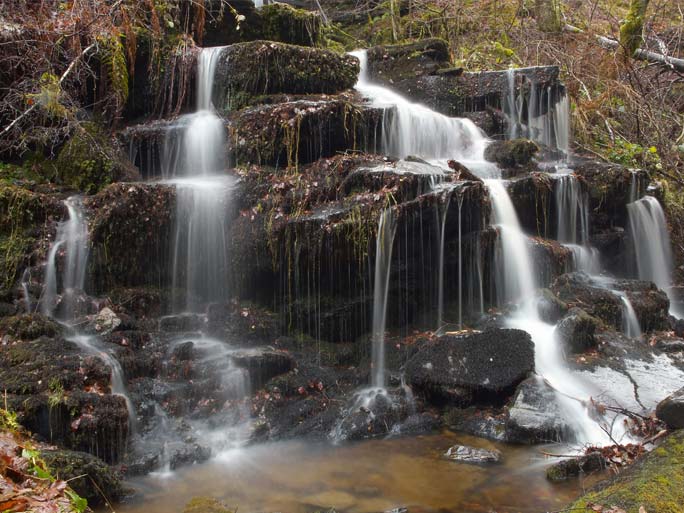 Located on the south bank of the silvery River Tay, into which the whisky’s water source, the Pitilie Burn, continues to flow as it has done for hundreds of years, the Aberfeldy distillery was built in 1896, the only one ever constructed by founding fathers, John Dewar & Sons. Today, the buildings enjoy Listed status.

While the vintage steam engine on site is a reminder of the railway line that used to run between Aberfeldy and Perth, thus aiding distribution of the whisky, and in common with all producers, its history is proudly honoured, it would be wrong to suggest that Aberfeldy lives in the past. The inter-active heritage exhibition was a trail blazer, as is the multi-media IPad app that guides visitors around the distillery. The town of Aberfeldy itself is a popular centre for holiday-makers, particularly walkers and cyclists, lying as it does at the centre of a splendid network of mountains, glens and lochs. Such is its natural beauty that Robert Burns felt moved to write his poem The Birks of Aberfeldy.

At 6,000 cases a year, Aberfeldy can hardly be considered a mass-producer, but Bacardi, owners since 1998, have put marketing muscle behind the brand and it is a key ingredient in the success of Dewar’s White Label in the USA.