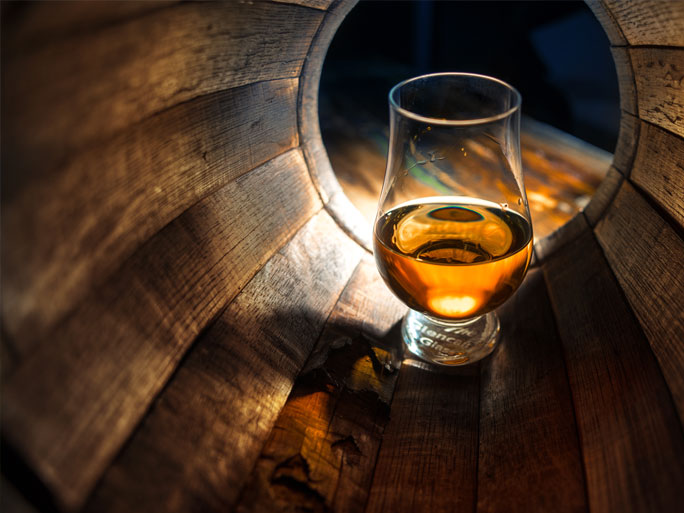 Oddly, in an industry that generally takes it time over all things whisky, construction of the Ailsa Bay distillery in 2007 was started and completed within six months! The speedy completion was necessary as owners William Grant sought to ensure plentiful supplies of malt for its blends.

From the Grant grain-producing complex at Girvan in South Ayrshire, one looks out over the Firth of Clyde to a rocky outcrop known as Ailsa Craig. For many years this lump of magmatic pluton rock was famous for the curling stones made from its microgranite quarries. Then it gave its name to a variety of tomatoes especially popular among gardeners. But now Ailsa Bay single malt is spearheading a 21st century, perhaps more scientific approach to distilling. Initial storage in small, American oak leads to a more rapid maturation before being transferred to virgin or re-fill casks for several years.

Further science has established a phenol content 022 parts peat against 019 parts sweet, enabling the distiller to adopt the tagline

‘Sweet Smoke’ for the second iteration of the spirit in 2018.

Toffee, vanilla and peat smoke are to be found in abundance in Ailsa Bay, while an unpeated variety has been added to the portfolio.

Next article ALLT A BHAINNE