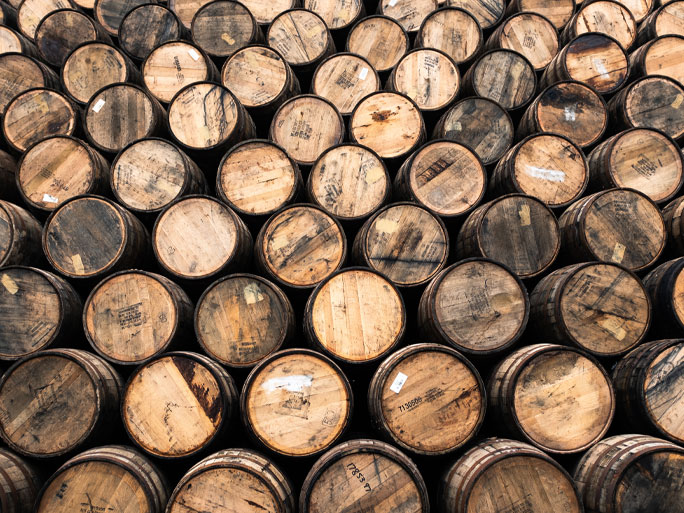 Malt purists, look away now, lest apoplexy get the better of you. While most aficiandos would baulk at taking anything other than a few drops of Scottish spring water with their malt, the protagonists behind Speyside’s Allt a Bhainne suggest a cocktail that includes cloudy apple juice, Triple Sec and marmalade!  And another with Lapsang Souchong tea and cocoa bitters!

But close followers of this enfant terrible of Scotch whisky distilling will not be surprised. The very distillery, built in 1975 by then owners Seagram, stands out even today for its modernist design, inside and out. Every facet of the production process takes place within one room. And heads distinctly turned when Allt a Bhainne – it means the milk burn – introduced peat. Peat on Speyside, only a stone’s throw from Dufftown itself! ‘Unashamedly different’ they are proud to be, as the brand seeks to claim a new audience for malt whisky, taking ‘going against the grain’ quite literally.

Now under the stewardship of Pernod Ricard, and a mainstay malt of Chivas Regal, Allt is only occasionally seen as a single malt bottling, having been originally designed as a light estery malt for blending. Sweetly peated with undertones of red apple and runny honey, the distillers appear to be succeeding in their aim of blending peat and smoke with the classic Speyside elements of soft fruit and warm grains.