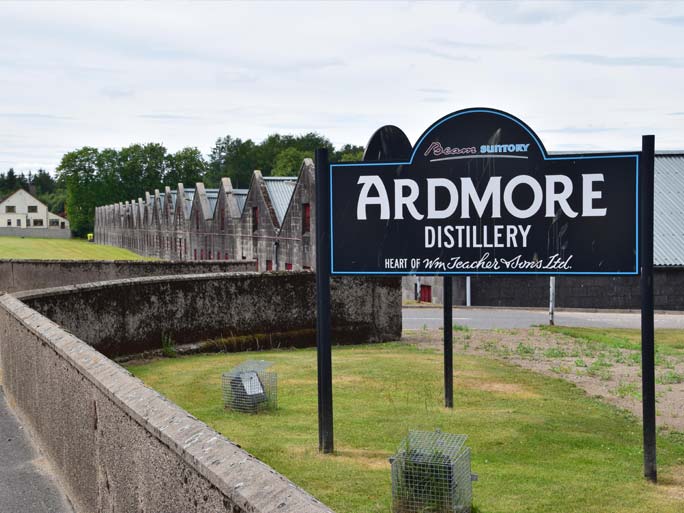 A golden eagle, the symbol of Ardmore, is a not altogether rare sight hovering above the distillery at Kennethmont, some 8 miles south of Huntly in Aberdeenshire. Perhaps its ancestor had a wing in locating the site, because Ardmore was founded in 1898 when legendary whisky magnate William Teacher charged his son Adam with securing a reliable source of malt for the company’s Highland Cream.

Adam Teacher travelled far and wide, and eventually settled on Kennethmont because of the existing railway line which made delivery of certain materials from Glasgow somewhat easier, and because the spring water 1,500 feet up Knockandy Hill was pure, sweet and ever-flowing. The malt remains a key component of Highland Cream to this day.

Further stills were added in 1955 and ’74, making a total of eight, producing just over 5.5million litres of spirit a year. The distillery dispensed with its own maltings in the mid-70s, while the in-house cooperage remained operational for a further ten years. Under the ownership of Beam Suntory, Ardmore Traditional Cask, bottled at 46% ABV,  was the first single malt offering. However in 2014, when Traditional Cask was replaced by Ardmore Legacy at 40% ABV and the barrier filtration system replaced by chill filtering, considerable controversy followed. Both moves were later reversed.