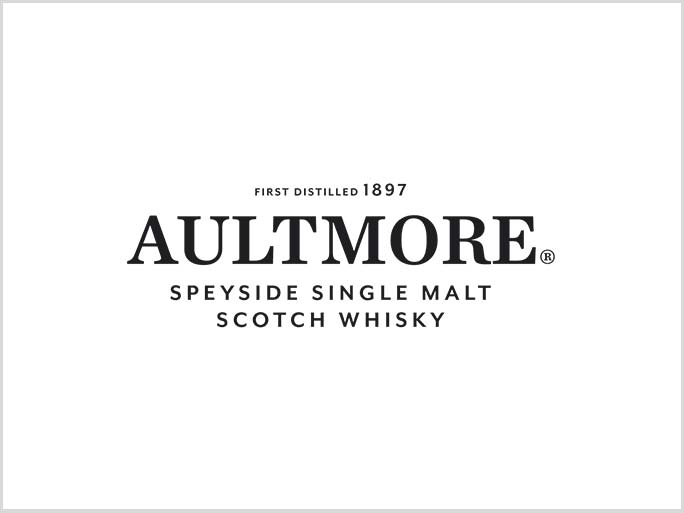 The cattle farmers of Keith, Banffshire back in the 1950s may have noticed their livestock altogether more contented if somewhat unsteady on their legs. This was because the people of Aultmore Distillery were among the first to discover that draff, the waste-product from the process, made for a highly nutritious animal feed!

Founded in 1897 by Alexander Edward, one of the legendary distillers of the late-Victorian age, Aultmore quickly became a favourite of the big blenders, and this certainly helped to facilitate the growth in popularity of the single malt. The name comes from the Gaelic An-t-Alit-Mor which means the big burn, the water source. The distillery was originally powered by a huge waterwheel but was soon replaced by a steam engine which ran day and night for 70 years – allowing for occasional maintenance. The engine is now on display at the distillery.

Aultmore re-opened in 1904 after a period of closure, only to be forced into lockdown again by the barley shortages of the First World War. It passed through several hands before being rebuilt and expanded in 1970, new wash and spirit stills augmenting those already in place. It was sold back to previous owners Dewar’s – now a subsidiary of Bacardi –  in 1998, and the first official bottling was released in 2004. The 12-year-old, with an ABV of 46%, is elegant, light and fruity, with apples and pears with a touch of spice commonly mentioned in tasting notes.  Aultmore is happy to declare itself a smoke-free zone!