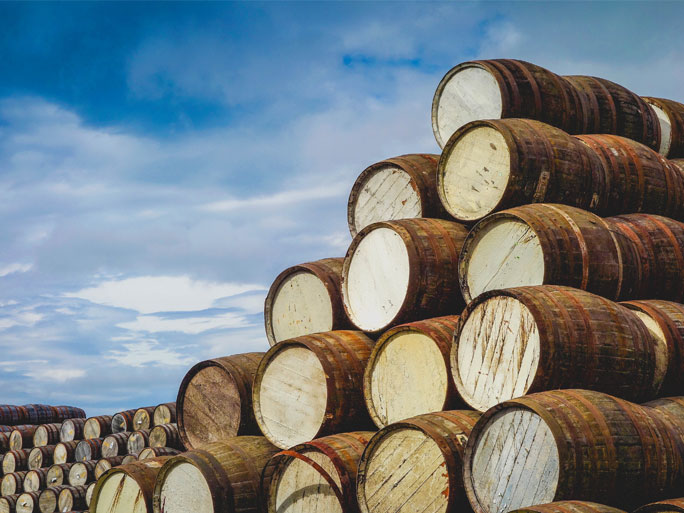 For the greater part of its near 200-year legal history, the singular qualities of Balmenach the malt were unknown beyond its environs in the district of Cromdale on the banks of the Spey. It has been used almost exclusively by blenders, and those who have a preference for Johnnie Walker will have enjoyed it more than most. But now a nose of burnt sugar, caramel and dark chocolate almonds, followed by a palate of light pepper, coffee notes and spicy oak, and finishing with brown sugar, spice and soft, milk chocolate, can be appreciated via a limited number of independent bottlings, ranging from 8 to 32-years-old. There are currently no plans to release official distillery bottlings.

Am Baile Meadhnach means the middle farm, and gave rise to the whisky’s name. It points to its origins in a community of farmers and illicit distillers, such as founder James McGregor who hailed from nearby Tomintoul, a name synonymous with fine malts. Prior to the Excise Act of 1823, which finally sanctioned the distilling of grain, the McGregors had been malting barley for generations beneath the hill of Tom Lethendry, where in 1690 an army of Jacobite highlanders were defeated by England-supporting dragoons. Memories being long, it could well be that the fact that the highlanders were fast asleep when they were butchered was a factor in keeping the pleasures of Balmenach away from the sassenachs for so long!

Just a year after the passing of the act, Balmenach was formally constituted and was served by its own branch of the Strathspey Railway until 1969. Later, the company taken over by present owners Inver House Distillers, whose other interests include the brands Knockdhu and Old Pulteney.

A sense of history and tradition are very much in evidence at the distillery in the form of traditional machinery. A cast iron mash tun takes seven and a half hours to pound about eight tonnes of steeped barley. The resultant wash is then fermented in six Douglas fir washbacks for a minimum of 50 hours. The eventual single malt whisky is now available to all; the kilted and the trousered!