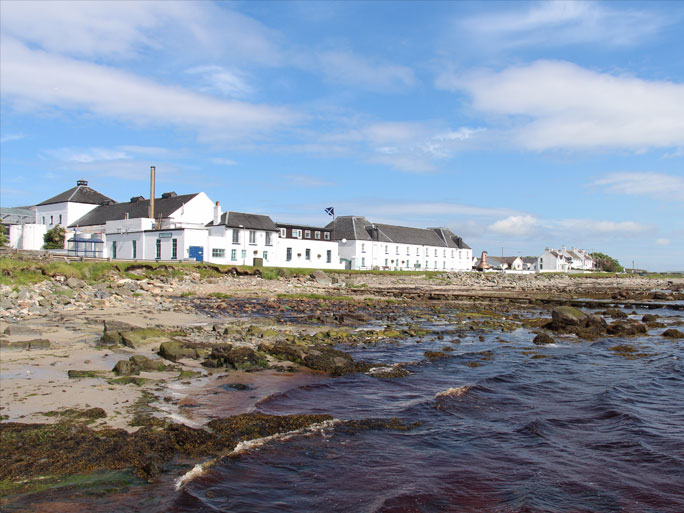 Ponder this. Way back in 1881 when the three Harvey brothers founded the Bruichladdich Distillery on the south-west tip of the then remote island of Islay, there were as many computers on site as there are today. Of course, precisely none. Amid the restored Victorian decor and much of the Harvey equipment, including the original and virtually unique 7-tonne open mashtun, the current workforce passes on information verbally – no internal emailing or texting here. The entire process is gravity-fed, meaning no unnecessary pumps or hydraulics.

It is just one part of an ethos instilled by the brothers who already had whisky in their blood as the family had owned two distilleries in Glasgow since 1770. They combined their talents to create a state-of-the-art distillery, very distinct from Islay’s others which were mainly converted farm buildings. The tall, narrow-necked stills produced a cleaner, more original spirit than was produced elsewhere.

Despite the intervening years and several changes of ownership, Bruichladdich – it means the hillside by the shore – has always managed to attract serious, innovative distillers and other artisan workmen.

Now under the ownership of Remy-Cointreau, astute marketing has lifted the brand to new levels without sacrificing one iota of that same attention to detail and consideration for its community that inspired the founders. Bruichladdich believes that terroir is as important to the distiller as it is to the wine producer; hence it maintains close ties to its Scottish barley farmers, pumping them for information regarding soil, wind, micro-climate, even the drainage of individual fields.

The company’s administration and management systems are all Islay-based, as is the new bottling plant, giving the company a workforce of about 70, making it the largest private employer on the island.

The whisky itself is unpeated and is matured in US or European oak. In 2003, its popular ‘Links’ series was launched, each ‘golf course’ being of a subtly different style, and some finished in casks which have previously housed very fine wines indeed. Bruichladdich was the whisky of choice for Chief Whip Francis Urquhart in BBC TV’s House of Cards, and for Harrison Ford’s character in 2010’s Morning Glory.