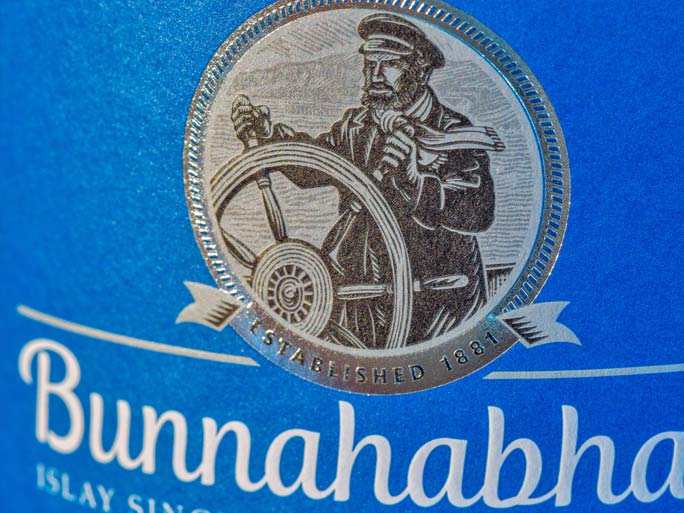 Anybody making the pilgrimage to the village of Bunnahabhain, by the Margadale Spring on the Sound of Islay at the north-east tip of the island, will certainly be ready for a dram of one of the distillery’s unchillfiltered offerings. If getting to the picturesque, whitewashed buildings along the single-track road, in the shadow of rolling hills, is no easy task now, imagine how inaccessible the distillery was back in 1879 when

William Robertson of the Robertson Baxter Blending House got together with the Greenlees Brothers to form the Islay Distillery Company.

The solution was the sea. Into the small pier of Bunnahabhain (pronounced Bu-na-ha-venn) came gallant seamen with supplies. Out they sailed again, taking the robust spirit with them. Today, the bottle labels proudly display the intrepid helmsman – the stiuireadair – at his wheel, and the distillery maintains a close relationship with the local seafarers.

Since 2014 Bunnahabhain has been part of the brand portfolio of South Africa-based brewing and beverage company Distell. The 2003 bottling was finished in Amontillado cask, while the very limited release of the 1881 distillation in 2018 to celebrate Islay’s Feis Ile is said to have acquired notes of fig, raisin and honeyed nuts on the palate.

Well worth the pilgrimage.