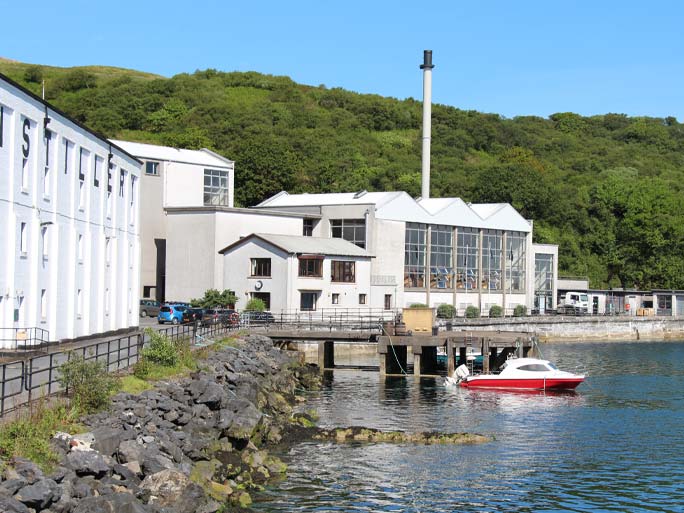 For many years aficionados of Caol Ila must have thought they were members of a secret society. The whisky was seldom seen in public and with as much as 95% of production ‘disappearing’ into blends such as Johnny Walker Black Label, it had little opportunity to build a fan-base. The distillery itself remains almost hidden, down an embankment along the shore from Islay’s Port Askaig. Back in the 1880s when that great connoisseur, distillery tourist and whisky author, Alfred Barnard visited, he took one look at the steep descent from the main road, and insisted on completing his arrival on foot, leaving his carriage driver ‘muttering strong words in Gaelic.’

In 1871, when Duncan Johnston became distillery manager – some 25 years after its founding – he was the nephew of John Johnston of Lagavulin and cousin to the Johnstons of Laphroaig. The Islay whisky community is no longer such a family affair, and following a complete rebuilding of the production facilities in 1972, making it the largest distillery on the island, Caol Ila set about making a name for itself. The name, incidentally, means Strait or Sound of Islay.

While the distillery looks pretty much like its near neighbours – all pristine whitewashed buildings, and casks taking in the sea air on the jetty – the end product is not a typical Islay whisky. Caol Isla’s stock range is its 12,18 and 25-year-old bottlings of a pale, floral, peppery spirit only lightly peated. In recent times, under the stewardship of owner Diageo, it has gathered wider retail exposure, and so picking up a growing army of enthusiasts for official and independent bottlings. Between 2005-2010 the 12-year-old picked up two double-gold medals, three golds and one silver medal at the San Francisco World Spirits competition.