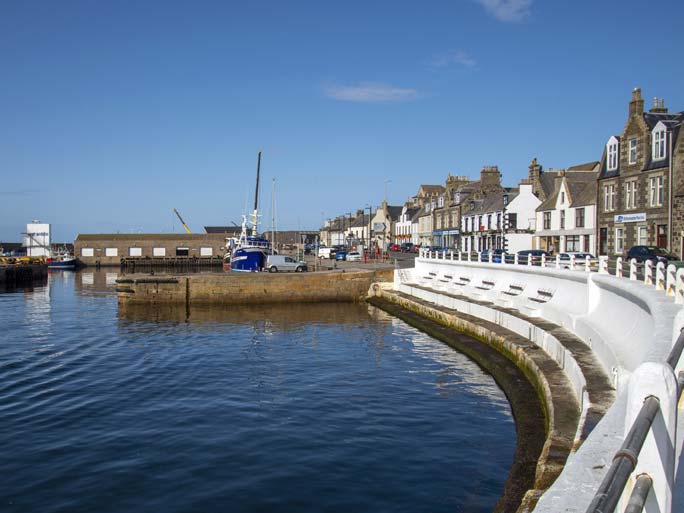 The whisky from the Moray Firth fishing port of Macduff has suffered an identity crisis in the past because bottlings were released at various times under the name Macduff, The Deveron or Glen Deveron. Today, look out for the latter.

With a date of birth of 1963, the distillery is one of the youngest in the industry, and thus benefits from the contemporary architecture of William Delme-Evans, with its classic, clean lines. Taking advantage of the ending of post-war malt and grain rationing in 1959, four Glasgow businessmen built the distillery on what was formerly the gardens of the Duff House estate on the River Deveron. It was one of the first to go into production after the war, and it’s very first bottling in 1968 was a 5-year-old labelled Macduff Pure Highland Malt.

Ownership passed to blenders William Lawson, through Martini & Rossi, and then in 1992 to the Bacardi Corporation. Three spirit stills produce 2.4 million litres per annum of a lightly-peated malt, and it is said that a 90 degree kink in the lyne arms – the copper pipe connecting the pot still to the condensing system – is responsible for the fruity notes in Bladnoch, which though officially a Highland malt, is sometimes described as being coastal in nature.