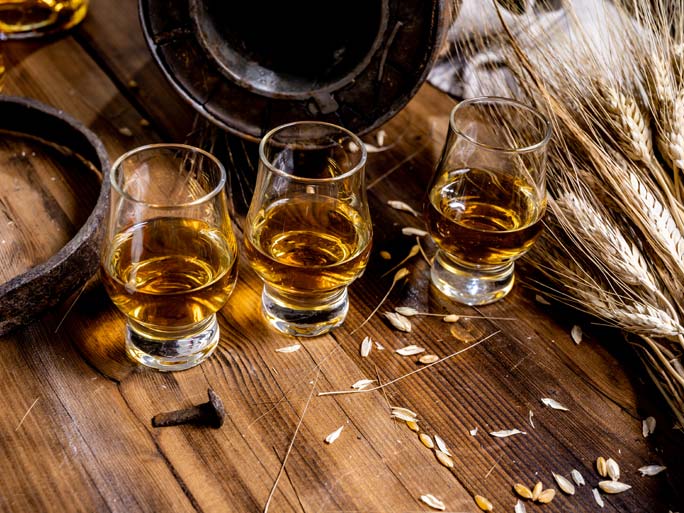 For many Elgin is the name of the aristocrat who ‘stole’ the marbles from the Parthenon of Athens and sold them to the British Museum.  Others, in north-west Scotland towards the end of the 19th century, thought the owners of the new Glen Elgin distillery had lost theirs. The work of renowned distillery architect Charles Doig, the site was chosen both for the all-important water source and the railway line that ran nearby.

Sadly for the owners, former Glenfarclas manager William Simpson and banking official James Carle, the rains failed too often and planning permission for an on-site railway siding was refused. The pair’s initial £14,000 investment had collapsed to £4,000 by the time they sold up in 1901. Glen Elgin marked the peak of a then boom time for whisky, and was the last distillery to be built in Speyside for 50 years.

It stumbled on from crisis to crisis, owner to owner, before being sold to DCL in the 1930s and licensed to White Horse Distillers where the malt became a vital component in the White Horse blend, exported to over 2000 countries. The distillery displays the white horse badge to this day. It is not known whether early tasting notes made any reference to a slight of paraffin, that being the only source of power and lighting until the 1950s! Today, after major refurbishment under the aegis of Diageo, Glen Elgin is still a happy blend of ancient and modern, computerisation and automation being kept to a minimum.

The 12-year-old malt is described as aromatic with notes of marzipan and almonds. Three wash and spirit stills have a capacity of 1,830,000 litres of spirit a year, with sales in the region of 9 million bottles.