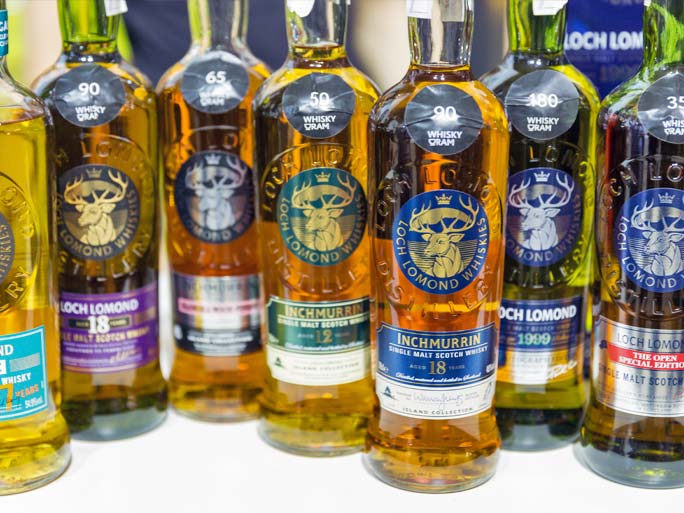 It was the rich farmland of Kintyre that produced abundant local barley, it was the ancient peat bogs and the proximity to Atlantic weather fronts that provided pure, soft water, that gave rise to the phenomenon that was Campbeltown malt whisky in the early years of the 19th century. The Stewart & Galbraith Company founded the Scotia distillery in 1832 and enjoyed 60 years of growth and success, considerably aided by the development of steam navigation which meant whisky from the Peninsula could be in Glasgow nine hours after leaving the distillery gates.

But then a local colliery closed, losing the distillers a cheaper source of fuel. This setback was quickly followed by the Great Depression and Prohibition in America. A huge decline in whisky consumption and thus production set in; of Campbeltown’s 29 distilleries only 3 survived. Scotia re-opened as Glen Scotia, only to close again in 1984. The distillery changed hands a few times before the Loch Lomond Group assumed control in 2014 and invested heavily in capacity, warehousing and a visitor centre.

Today, the brand thrives. Its maritime influence, married to a hint of toffee, pervades the 15, 18 and 25-year-old offerings, while a 14-year-old Tawny Port release won the Scotch Whisky Awards Product Launch of the Year. Another speciality release from the 1 spirit still capable of producing 600,000 litres per annum was a double sherry cask finished 11-year-old. 15,000 bottles of the spicey whisky were made available world-wide.