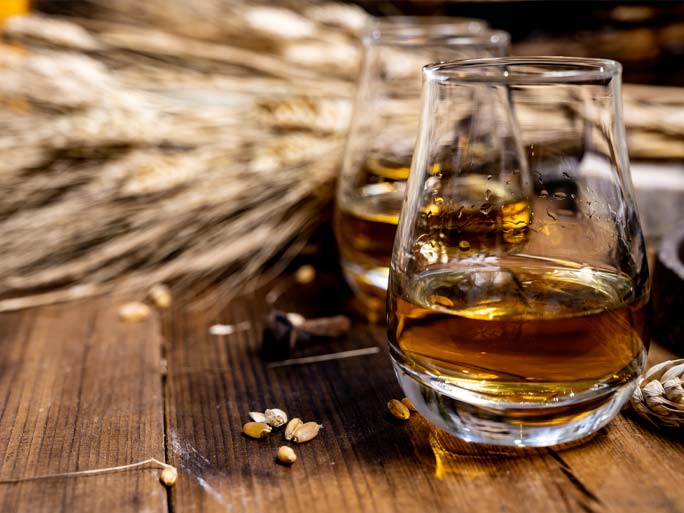 If it had not been for the burgeoning interest in whisky in the late 19th century, Glen Spey might be a leading brand of porridge today! In 1878 corn merchant James Stuart founded the Mill of Rothes as an oatmeal mill, but seeing brewed and distilled barley capturing the public’s imagination, he simply installed distillation equipment alongside the oat mill.

Part of the reason for the early success of the venture was Glen Spey’s geographical location, right in the centre of the rapidly expanding Speyside whisky industry. There were five distilleries in Rothes alone, thus transporting the precious liquid to blenders was a simple, speedy task. The world-renowned J&B blend has been a major beneficiary of the sweet, nutty, fruity, mildly spiced malt that is Glen Spey for many years.

James Stuart went on to oversee the Macallan operation, and sold the distillery to London gin makers W&A Gilbey. Several key mergers in the drinks industry saw the creation of Diageo who took control of the brand.

Of the 1.400,000 litres of spirit produced annually, the angels’ portion might just be larger than in other distilleries thanks to the presence of the ghost of a World War 2 soldier, said to have been accidentally electrocuted during an ‘unscheduled’ visit to Glen Spey. What remains is a lighter, slightly oily whisky, thanks to the purifiers that act as small condensers, returning a proportion of the alcohol vapours to the stills for further distillation.

There have only been a handful of official bottlings during the brand’s lifetime, but it does make an appearance as part of Diageo’s Flora & Fauna range.