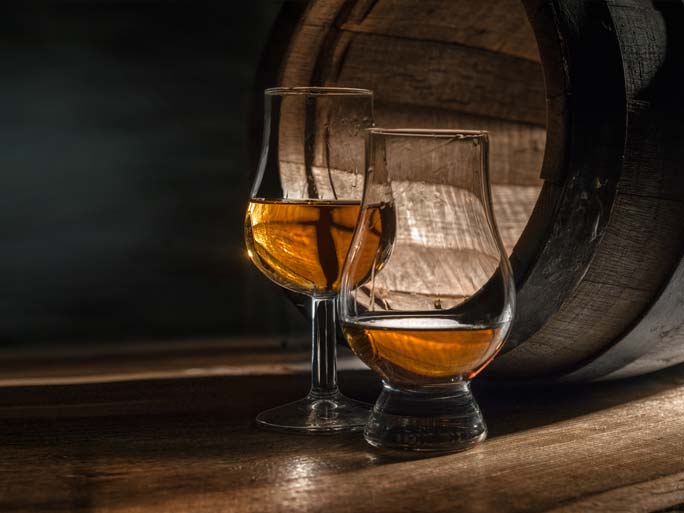 Back in 1967 there was very little talk of the need for renewable energy, or of soaring fuel prices. But the folk of north-east Scotland have aye been canny with their pennies.  So when renowned distillery architect William-Delme Evans got down to work on designing the distillery, he implemented virtually 100% gravity-fed systems in a bid to keep energy costs to a minimum.

Mackinlay McPherson, the distilling arm of Scottish & Newcastle, wanted the additional malt to ensure continuity of supplies for the Mackinlay range of blends. GlenAllachie is situated at Aberlour, at the foot of Ben Rinnes, the north-eastern face providing spring water and snow melt to the distillery…..by gravity of course.

In 1985 the company came part of Invergordon and the distillery was mothballed, only to be bought four years later by Campbell Distillers (later a component of Pernod Ricard). Thus began a period of 29 years of continuous production , during which Chivas Brothers launched a GlenAllachie single malt as part of its Cask Edition series; a 15-year-old, matured in sherry cask and utilising the first of the Campbell production.

When three very experienced whisky professional joined forces in 2017 to form the GlenAllachie Distillers Company Limited, the brand became one of the very few independently owned and managed distilleries left in Scotland. A year later, a first core offering of single malts was released; all natural colour, non-chill filtered and bottled at a minimum ABV of 46%, the range comprises a 10/12/18 and 25-year-old version.

Not afraid to innovate, the company launched MacNair’s Lum Reek (smoking chimney) in November, 2018. It is a blend of peated Islay and Speyside malts, including an older GlenAllachie.