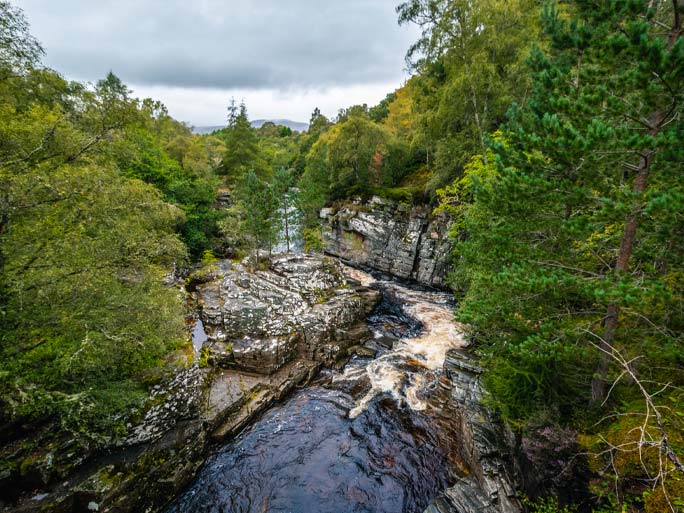 In the early years of the 19th century Mr Maurice Walsh, an Irishman working for Customs & Excise got a posting to the Glenburgie Distillery in the remote Mill Buie hills near Kinloss, Moray.  Mr Walsh was also an author, and later wrote a book called The Quiet Man which was turned into a joyous, lusty film starring John Wayne and Maureen O’Hara.

If that is the most interesting fact to come out Glenburgie, it is only because for much of its life it has hid its light under a huge bushel. And that bushel is called Ballantine’s which is where the vast proportion of the malt is to be found. The story of Glenburgie is one of openings and closures, of landlords who never even produced a dram from their investment, of changes of name and of fortune.

There are no records but local legend has it that there was a distillery on the site as early as 1810, known as Kilnflat. A William Paul assumed the business in 1829 but it took him 20 years to produce any whisky, and not surprisingly he ran into financial difficulties and the distillery closed. It re-opened in 1878 under the ownership of Charles Kay, and it is around this time that the name Glenburgie was first used, Glenburry having been a previous alternative. Various owners assumed control, and for a while Margaret Nichol became the first manager of a Scottish distillery.

Then in 1936 it was sold to Canadian giant Hiram Walker who introduced two Lomond stills, and a malt called Glencraig was produced for a spell. But long-term success proved elusive apart from the relationship with Ballantine’s, and Glenburgie was mothballed yet again.

The distillery was completely rebuilt in 2003-4, utilising only the original stills. The additional of a further two pots in 2006 resulted in increased capacity to 4.2 million litres of spirit a year. While most of these still go to blends, owners Chivas Brothers did issue a 15-year-old rendition of the fragrant, sweetish, slightly grassy malt in 2017, and further examples figure in the company’s limited edition Cask Strength series.