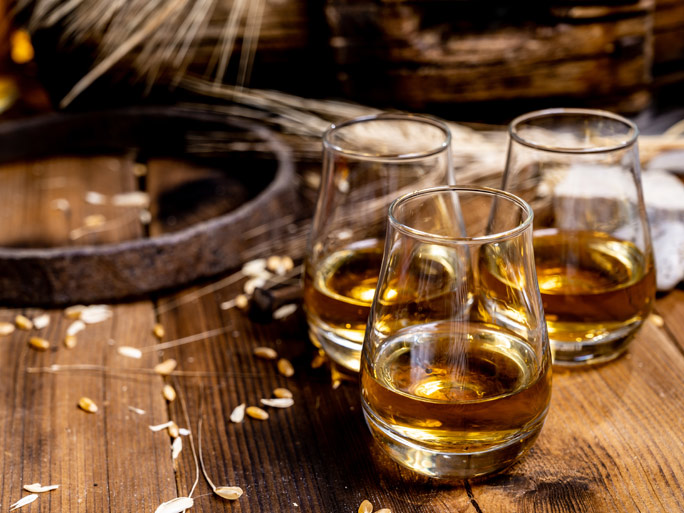 Our Article featured in The Guardian

The last words of Humphrey Bogart are reputed to have been: ‘I should never have switched from Scotch to Martini.’ The star of Casablanca usually started his day with three fingers of whisky because he liked to be one drink ahead of the world.

Scotch single malt whisky, with its rich complexity and myriad variations, remains the spirit of choice of a vast number of aficionados around the world, but this happy fusion of malted barley, sweet spring water and the magical influence of a swan-necked copper still, is also finding its way onto the portfolios of a growing band of investors. Encouraged by such events as the October 2019 auction at Sotheby’s in London when a single bottle of 60-year-old Macallan fetched three times its estimate, selling for a world record £1.5 million, enthusiasts are discovering that aged and rare whiskies are proving an exciting and profitable investment, with the Knight Frank Wealth report of 2020 stating that ‘rare whisky is the best performing collectable over a 10 year period. gaining an average annual rise of 54% in value.’

Helping newcomers into the aroma-rich world of maturation in bourbon and sherry casks in distilleries the length and breadth of Scotland is London-based Vintage Acquisitions. Formed a decade ago by a small group of friends who wanted to capitalise on their own fondness for a dram, the company now recommends, locates and manages investment in top-end whisky both in barrel and bottle.

Licensed by HMRC to trade and store whisky under bond, the award-winning VA is assisting more and more private and commercial clients to realise the considerable profits that accrue from investing in a spirit that cannot help improving with age whilst becoming increasingly rarer.