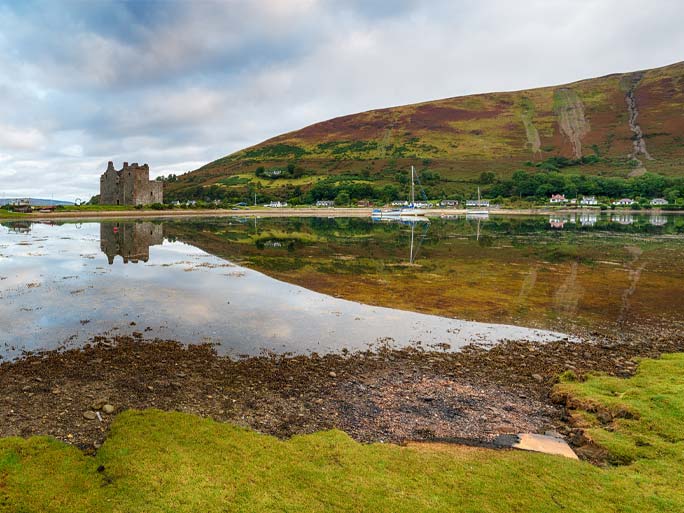 Even down to the packaging, there is something distinctly clean and clear about the Isle of Arran single malt, which has only been with us since 1994 when former Chivas Regal director and D-Day veteran Harold Currie fulfilled a long-held dream and established the distillery at Lochranza.

Arran, lying in the Firth of Clyde off the Ayrshire coast, gets more than its fair share of rainfall, and that sweet liquid which arrives at Loch Na Davie in the hills above the distillery has to make its way down 6 waterfalls, becoming purer and purer with each leap. Two stills produce 750,000 litres each year, but with the brand’s expanding following, a second distillery was added at Lagg at the southern end of the island in 2019, producing a heavily peated malt whereas the Lochranza is unpeated.

Many of the whisky’s enthusiastic supporters belong to The White Stag Community, named after a legendary creature ‘occasionally glimpsed on the local hills’, and there is a White Stag gala dinner held as part of the annual Arran Malt & Music Festival.