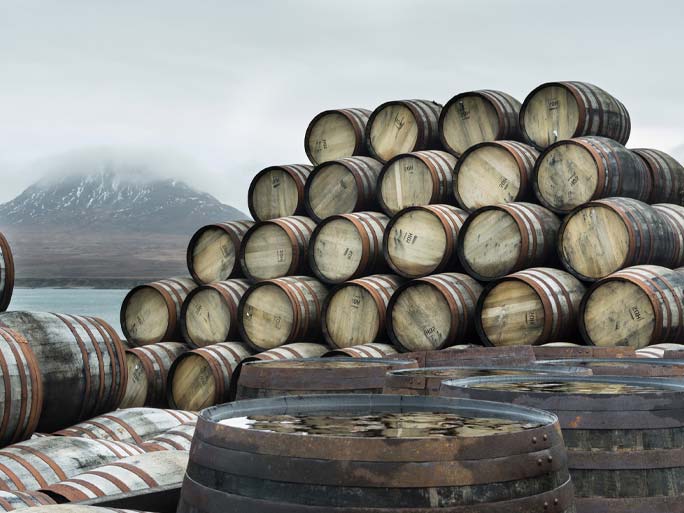 The story of Isle of Jura whisky is one of several false starts between 1810 when the Laird of Jura founded a distillery in the Hebridean island’s one town, Craighouse, and 1950 when two local estate agents went back into production in a bid to revive Jura’s economy. This proved difficult on an island measuring thirty miles by seven, with one road, one pub and one hotel, and where deer outnumber the human population of around 200 by 20-1.

Isle of Jura single malt whisky was finally re-established in 1963 and it has not looked back since, steadily garnering both reputation and following. To visit the distillery where the four tours focus on different aspects of production followed by a dram, is no easy task. It is probably best achieved as an add on to neighbouring Islay – when this writer visited back in the 1980s, the car ferry from Port Askaig to Jura’s Feolin was a motorised raft and you had to run a flag up the pole to let the ferry man know when you wanted to return! Little wonder that when George Orwell spent some time on the island in 1948, completing his seminal novel, 1984, he pronounced Jura ‘extremely ungetatable.’

Now part of the Whyte and Mackay stable, with ultimate owners Emperador Inc of the Philippines, Isle of Jura is available in its 10-year-old Origin, a 16-year-old full bodied Diurachs’ Own, and a heavily-peated Prophecy.

Next article ISLE OF ARRAN