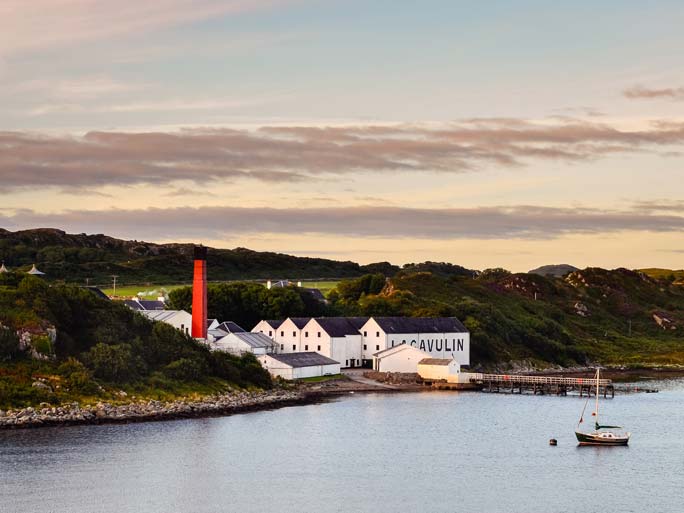 The name of the distillery painted in stark, tall letters on pristine, white-washed walls, numbered casks sit by the waterside to be imbued with some unnamed essence of the ocean, and by a wooden jetty that has seen better days, a small boat bobs unceasingly on the endless waves. Islay is a glorious island and its landscape is only enhanced by the many picturesque distilleries that provide pride as well as livelihoods for a goodly proportion of the population.

John Johnston and Archibald Campbell Brooks founded two adjacent distilleries at the edge of a bay on the south coast of Islay in 1816. Fortunately they chose Lagavulin to survive. The name means Hollow of the Mill, not to be confused with Beautiful Hollow by the Broad Bay, which is the translation of neighbour Laphroaig. In the 19th century the two were in dispute about an attempt to copy the latter’s style, but with a different source of both water and peat, it did of course prove impossible.

Now a flourishing Diageo brand, Lagavulin has a number of offerings in addition to its 16-year-old standard, including a cask-strength 12-year-old and a Distiller’s edition finished in Pedro Ximenes sherry casks. A consistent gold medal winner at the San Francisco wine and spirits competition, Lagavulin has a very enthusiastic following in America.

Next article ISLE OF JURA