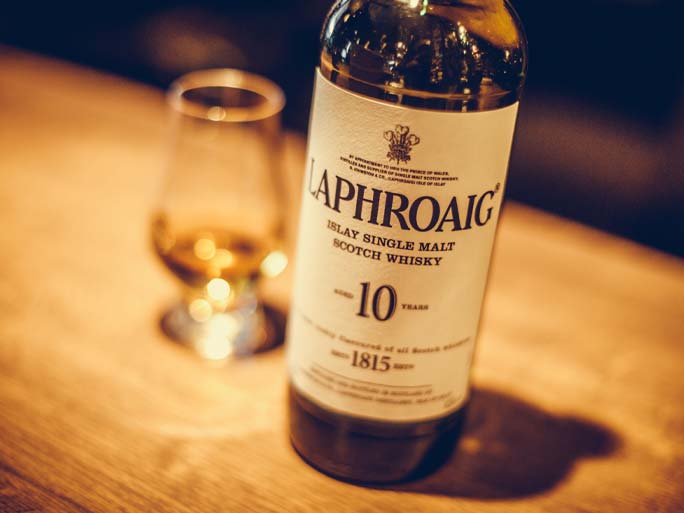 Ever dreamt of being the Laird of your own Scottish estate? Become a Friend of Laphroaig and you are rewarded with a lifetime lease on a square foot of land adjacent to the distillery’s Kilbride Stream.

Laphroaig was created in 1815 by two scions of Clan Donald, and is today of course the Marmite of single malts; its heavily-peated, smoky aroma and medicinal, iodine taste is not for everyone, but to its many aficionados, those very same qualities make this very distinctive whisky a firm favourite. During a visit in 1994, the Prince of Wales – or the Duke of Rothsay as he is known in Scotland – awarded Laphroaig his Royal Warrant.

Since 2014, the brand has been owned by the US/Japanese conglomerate Beam Suntory. Its many offerings originate from four spirit stills which together produce 3.3 million litres a year of what those responsible refer to as ‘the most richly-flavoured of all Scotch whiskies.’

When distilleries are permitted to re-open, among options at the Broad Bay will be a buffet lunch followed by a tasting of a trio of Laphroaigs.