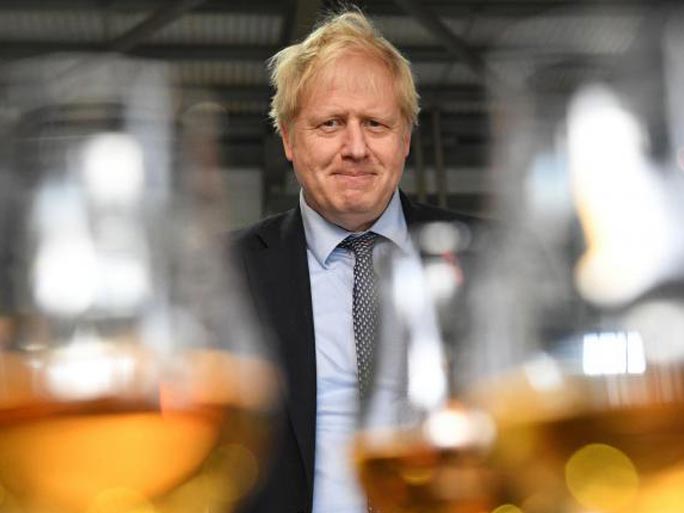 Legal protection of Scottish whisky would be “a real boost” if included in the final details of the newly-announced UK-Australian free trade deal, an industry body has said.

Boris Johnson and his Australian counterpart, Scott Morrison, announced the agreement on Tuesday, which would make Scotland’s national drink cheaper to sell down under.

The Scotch Whisky Association (SWA) has welcomed the move, which eliminates a 5% tariff for the industry’s eighth-largest market, but called for legal protections over its status to be included in any final arrangement.

Karen Betts, SWA chief executive, said: “It’s very good to see the removal of the 5% tariff on Scotch Whisky in the Agreement in Principle between the UK and Australia.

“This will help Scotch whisky distillers continue to expand exports to Australia, which have almost doubled over the last decade, making Australia our eighth-largest market by value.

“It’s also important to us that trade with Australia is now tariff-free for Scotch whisky – our preference is always for tariff-free trade, which enables Scotch whisky to compete on a level playing field and on the strength of our reputation for quality.

She added: “We await further details of the Agreement in Principle.

“A framework for addressing regulatory barriers to trade with Australia, to ensure greater legal protection and tax fairness for Scotch whisky, is also important to us, and – if delivered in this agreement – will be a real boost for the industry.”

This agreement is the first free trade deal to be secured from scratch by No 10 post-Brexit.

An arrangement for tariff-free trade of goods and continued protection of Scottish whisky’s protections has already been settled between the EU and UK.

The bloc accounts for around a third of all exports of the spirit – its largest regional market, worth £1.26 billion annually.

Scotland exported £126m of beverages to Australia in 2020 and the UK Government claims this deal will help distillers by removing tariffs of up to 5%.

It comes after the SWA said earlier this year that exports of whisky fell by more than £1.1bn in 2020 – to the lowest level in a decade.

SWA blamed the twin impact of coronavirus and the 25% US tariff for the drop.

Exports dropped 23% by value to £3.8bn in 2020, the association said, with the value and volume of exports to most of the drink’s top 10 markets falling.

Scottish Secretary, Alister Jack, said: “This extensive trade deal with Australia is very welcome news for Scotland and the whole of the UK.

“The removal of tariffs presents a fantastic opportunity for our iconic distilleries.

“Measures to protect the UK’s agriculture industry and maintain high standards will also help Scottish farmers make the most of international opportunities opened up by this deal.”

Scottish Trade Minister Ivan McKee said: “The Scottish Government has seen no details of the agreement reached with the Australian government.

“We have had no role in the negotiations on tariffs and quotas despite regularly pressing the UK Government for this.

“What we do know, however, is that this deal does not even remotely undo the damage to our economy caused by Brexit.”