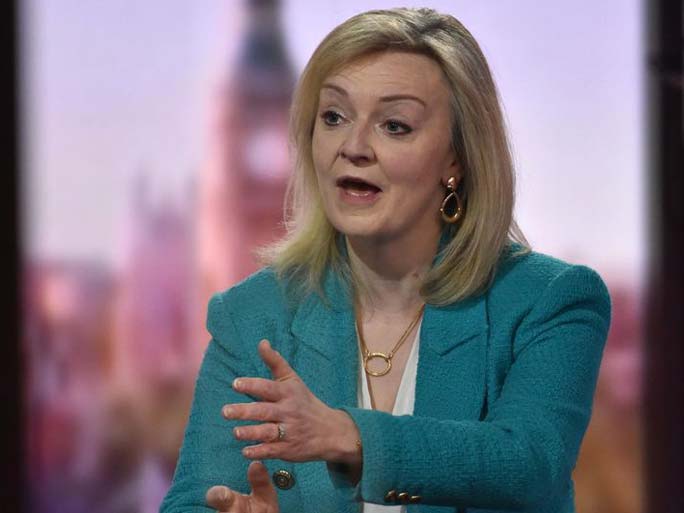 Liz Truss has revealed plans for to remove the 150% tariff on Scotch whisky exports to India at the launch event for a new Board of Trade report.

The Secretary of State for International Trade was speaking at an event at the Trades Hall in Glasgow yesterday evening, where she revealed her next target was India, following the suspension of similar US tariffs earlier this year.

Scotch whisky currently faces a 150% tariff in India, meaning the UK only has a 2% share of the 50 million bottles sold in the country every year, according to the Scotch Whisky Association.

Truss also invited Scottish businesses to start engaging with the Department in Trade, to help her team with current and future trade deals.

“We want to remove tariffs and to encourage free green trade – our next target is Indian 150% tariffs on Scotch Whisky,” she said.

“We want to invite Scottish businesses into our talks, we want to make sure we are representing your interests, from the farmers to the Tunnocks Caramel wafer producers to whisky distillers; we want to help you take this opportunity.”

The event was part of a two-day visit to Scotland, where she attended a showcase highlighting some of Scotland’s biggest exports, from whisky and tweed to sustainable natural soap and nano-satellites.

During her visit, the Secretary of State met international investors and Scottish exporters which employ the latest green technology, including Mitsubishi, Scottish Power and BAE Systems.

She also hosted a fintech roundtable in Edinburgh and visited Clydeside Distillery in Glasgow.

Truss revealed that following her visit to Silicon Valley she was told that “Edinburgh was the place to invest in”.

She added: “We are hosting a big investment summit this October and Silicon Valley is keen to invest in Edinburgh and Scottish businesses, so I’m determined a significant amount from that should go into Scotland.”

Stephen Ingledew, executive chair of FinTech Scotland, who hosted the ministerial visit, said: “This visit demonstrated how collaborative leadership by entrepreneurs, large enterprises, academia and government can make a significant impact in delivering impactful fintech innovation which will shape the future economy and people’s lives both in the UK and internationally.”

The newly-launched Board of Trade report recommended that the UK “champions the case for free and fair green trade” by taking advantage of its position to modernise the global trading system.

It stated the importance of how free markets were critical to tackling climate change and addressed green protectionism, whereby environmental aims are used as a cover to enact damaging protectionist policies, which it stated the UK should reject.

“The global trading system is already under strain from technological, geopolitical, and societal changes and is in urgent need of modernisation – without substantive change, trade risks being viewed as part of the cause of environmental degradation rather than part of the solution,” the report read.

It said that the UK has a “dual incentive” to help the acceleration of the global green trade transition and maximise the commercial opportunities of the green transition to the UK, noting that the COP26 conference in Glasgow this autumn is an opportunity to push these issues to the “forefront of the domestic and international agenda”.

The report noted that this could be achieved by using its new independent trade policy to support green trade and help challenge the World Trade Organization’s rules around sustainable trade.

The UK’s new global tariff keeps tariffs at 0% on all environmental goods covered by the EU’s tariff policy. It also removed tariffs on a further 104 environmental goods to promote the deployment of renewable energy, carbon capture and the circular economy.

As a result, the UK now has zero tariffs on around two thirds of goods covered by the most recent round of the Environmental Goods Agreement (EGA) negotiations at the WTO, including more than £2.1bn of imports.

The board explained in the report how green trade presents a “major economic opportunity” for Britain that could drive high-value jobs and sustainable growth into every part of the country.

Since 1990, the UK has reduced its greenhouse gas emissions by 44%, which the report claims is faster than any other G20 economy – and has committed to protecting 30% of UK land by 2030 to support the recovery of nature.

It stated in the report: “The UK can spearhead the global green transition by developing innovative green technologies to export to the world and by doubling down on its success as a global hub for green finance”.

The report found that it was in the UK’s interest to accelerate the global green transition, due to its reliance on climate-vulnerable imports to maintain UK consumer choice in the future.

In 2019, the UK imported 45% of its food from overseas, with food and drink imports valued at approximately £48.4bn. It found that climate change could lead to a decline in global banana production by 2050, much like coffee and cocoa.

The report also argued that to achieve its net zero goals, the UK will need to increase its investment in low carbon technologies and associated infrastructure from around £10bn per year in 2020 to £50bn per year by 2030.

Next article From Tiny Acorns