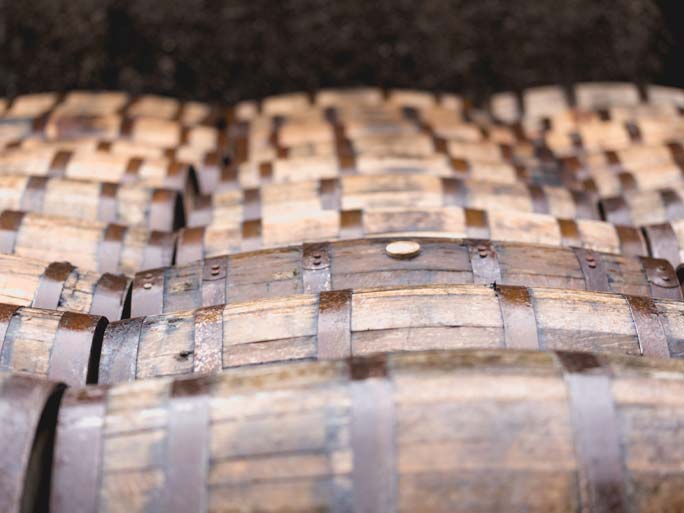 Having been built on the site of a former illicit distillery in Dufftown in 1823, in the wake of the Excise Act, Mortlach could be said to have been the catalyst for the phenomenon that became Speyside single malt whisky. It was to be another 60-odd years before Glenfiddich began turning barley up the glen. Earliest production capacity was only 50 gallons a week, and in an age of few roads in the highlands, the affluent local gentry happily paid 9 shillings a gallon (duty paid) to have their whisky delivered by pony over the rough hill tracks.

But the formative years of Mortlach really belong to father and son George and Alexander Cowie, both engineers by profession. George joined in 1853 and fourteen years later was the sole owner of the distillery. He worked tirelessly to further the fortunes of the brand, revered at the time for its depth and strength of flavour. It not only became a great favourite of blenders, but rapidly gained a wide circle of private customers. George was an early believer in the international appeal of whisky and exported to the US, India, China and Australia.

Son Alex’s great contribution of designing the 2.81 (sometimes called triple) distillation method continues to influence the thick, full-bodied complex style of spirit, with its notes of sherry, nuts and a hint of smoke.

Later, under the ownership of John Walker & Sons, Mortlach became the in-store luxury whisky at Macy’s of New York, both before and after prohibition. In 2014 new owners Diageo launched 4 luxury malts under the Mortlach brand. Look out for 12-year-old Wee Witchie, and the 14-year-old Alexander’s Way among others.