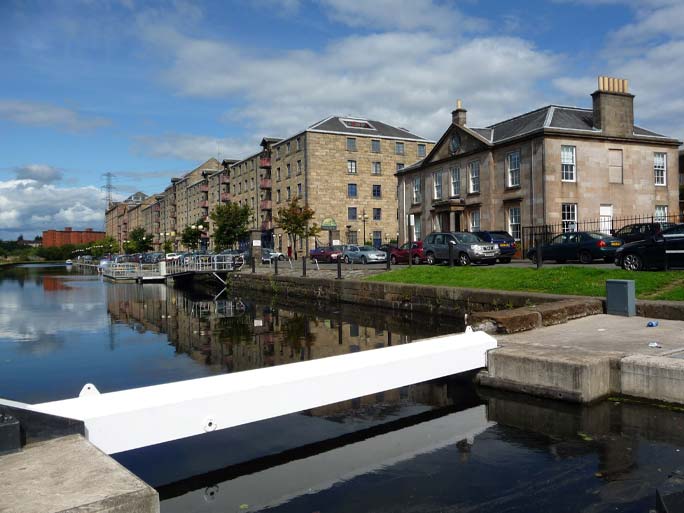 Imagine. For 200 years, on a 21-acre site at the highest point in the city of Glasgow, the Port Dundas distillery produced some 39 million litres of spirit. And hardly anybody ever bought a bottle. But that is far from saying nobody tasted it. Because the spirit produced was grain, a distillation of American corn, Scottish barley and rye. Its customers were the new masters of Scotch whisky, the blenders. Particularly after 1877, when the company became one of the founding members of Distillers’ Company Limited, Port Dundas was to be found in such illustrious names as Johnnie Walker, J&B, Bells, Black & White, Vat 69, Haig and White Horse.

It is not known whether Sir Lawrence Dundas was a whisky drinker. Certainly he had nothing to do with the industry. He was a businessman and investor, a major backer of the Forth & Clyde Canal Company, which between 1786 and 1790 constructed a waterway which culminated in the Port Dundas terminal on One Hundred Acre Hill. With the flow of goods inwards and outwards now made easy, the location became a huge industrial complex, with the distillery and its associated hogshead cooperage existing cheek-by-jowl with textile mills, chemical works and glass-making factories. Bucolic Speyside this was most definitely not.

Closed by fire on two occasions, Port Dundas was rebuilt, but by 2010 necessary modernisation was deemed too expensive and production was moved elsewhere. But the name lives on. The retail market for grain whisky – less flavoursome, less complex than malt – is niche certainly, but independent bottlers have made it available in 16, 24 and 29-year-old versions. If you feel brave enough to attempt your own blending, it could be a most useful purchase!