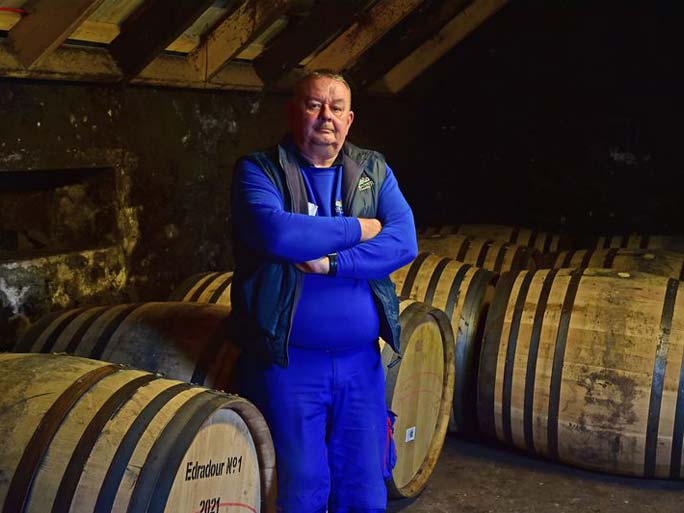 The Highland Council has received an application for a new site on the Dornoch Firth, close to where whisky was first produced more than 200 years ago.

The Midfearn Distillery Company Ltd, which submitted the Proposal of Application Notice, hopes to build a new facility on the Midfearn Estate at Easter Fearn, three miles south of the village of Ardgay, close to where whisky was first produced more than 200 years ago.

The family firm behind the proposal says the project would be eco-friendly and provide a major boost to the local economy, offering employment for the community. A face-t0-face public consultation on its proposal will take place from 1 December, after which time the company would be cleared to submit a detailed planning application for the construction of the distillery.

The 5260-hectare Midfearn Estate has been in the Brooke family since 1893, and current custodian Charlie Brooke is adamant that green energy will be at the core of the venture.

The Midfearn Estate already provides electricity from existing wind and hydro power projects, and Brooke said: “We will not only set out to make a distinctive and high-quality whisky, but we will prioritise environmental sustainability and work towards carbon neutrality at every stage of the project.”

According to Brooke, the new distillery would be an “important development in providing employment and economic benefit to the wider community”.

The best single malt whiskies are set to triple in price next year due to the worst supply chain crisis in the industry’s history.

There are fears it could leave distilleries struggling to meet global demand over the festive season and lead to years of price rises.

The Sunday Mail found a bottle of 16-year-old Lagavulin – a favourite Christmas present – has rocketed by £10 since this time last year.

Dawn Davies, head buyer at The Whisky Exchange, one of the world’s biggest sellers of fine malts, said: “During lockdown distilleries weren’t able to get liquid into casks.

“It’s going to be very interesting what happens in the next 10 or 15 years because there is going to be a massive shortfall.

“The other issue is that absolutely everything – because of Brexit and Covid – is taking a hell of a long time.

“Sales have gone up, people haven’t forecasted correctly and there are huge issues trying to get glass, caps, cork – things you wouldn’t even think about.

“Everything along the supply chain is taking about three months if it’s coming from anywhere that’s not Europe and even in Europe in some cases.

“I used to be able to turn stock around in two weeks – now it’s a minimum of a month.

“It is all adding up to a perfect storm in the industry as a whole at the moment. I think for the next three or four years we are going to see big price increases.

“Demand is outstripping supply. For older whisky, over 20 years, some of the prices are tripling next year. That could mean a £100 bottle costing £300 and for the younger stuff you are looking at about nine per cent rises.

“I definitely would say to people that if you have a favourite dram, go out and buy it early. Do your Christmas shopping early because I’m basically not guaranteeing anything to anyone about any stock.

“Demand for single malt has grown exponentially in the last few years and the distilleries just don’t have the liquid barrel, especially the older stuff, to get the volumes out.”

We found a bottle of 16-year-old Lagavulin had increased in price from £48.29 last Christmas to £58.29 today – a hike of over 20 per cent. Meanwhile, the websites of top distilleries showed many malts out of stock.

Champagne, wines, gin and whisky are the latest goods to be hit by a lack of containers on ships, jammed ports and the shortage of HGV drivers.

Andrew Symington, owner of the Edradour Distillery in Pitlochry, Perthshire, said: “Our online sales went through the roof over lockdown and demand continues to be really strong – people were drinking more and they wanted better quality stuff. But the supply chain problems really are reaching crisis point. It is a nightmare for the industry – distilleries are phoning each other asking for supplies.

“We are having trouble getting hold of bottles, corks, cardboard.

Next article Whisky is the hot new thing for collectors