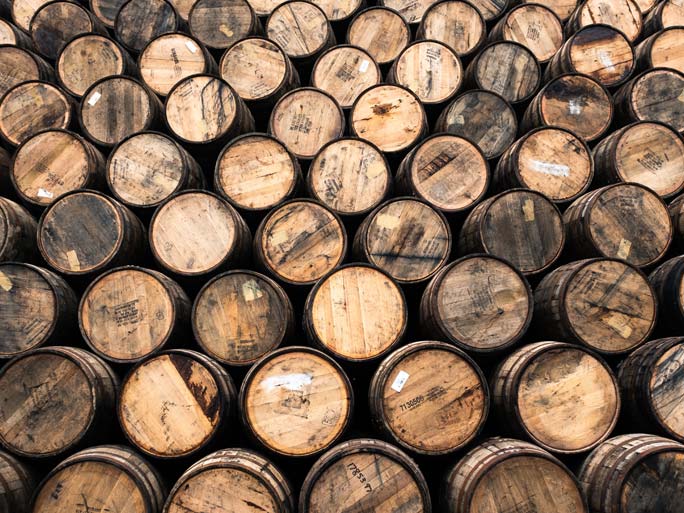 Fans of the BBC TV series Monarch of the Glen starring Richard Briers and Susan Hampshire will know it better as Lagganmore. The picturesque Speyside distillery at Drumguish in the foothills of the Cairngorms started life as a barley mill and croft dating back to the 1760s. The original still closed in 1965 and local master stone-mason Alex Fairlie spent the next 25 years building the current distillery stone by stone.

Meanwhile, in Glasgow, the descendants of a successful Glasgow distilling family, the Harveys, had embarked on a far-flung whisky trading business embracing China. Earlier Harvey scions had already established Bruichladdich on Islay. In the 1920s the family even managed to create a hugely successful export business to New York and Chicago during prohibition! This necessarily meant involving themselves with colourful characters like Al Capone.

In 1815 the poet Lord Byron got married, and the cask of malt he presented to King George 111 on the occasion is widely thought to be from the Speyside Distillery.

And now the two threads of the story come together. By 1990, just as Alex Fairlie was completing his task at Drumguish, John Harvey McDonough, the 11th generation of the family, had had enough of globe-trotting and thought it would be proper to take the family back to their roots – the production of small-scale, artisanal malt whisky. He bought the newly completed Speyside, which even today has some of the smallest stills in the industry, producing just 600,000 litres of spirit a year.

Spey Tenne is initially aged in bourbon cask and spends its final six months in tawny port, while Beinn Dubh (Black Mountain) is a thick, very dark whisky. A number of special editions have been released including Chairman’s Choice, from a recipe originally reserved for private family gatherings. Royal Choice is unusual in that it is distilled under licence from Historic Royal Palaces.