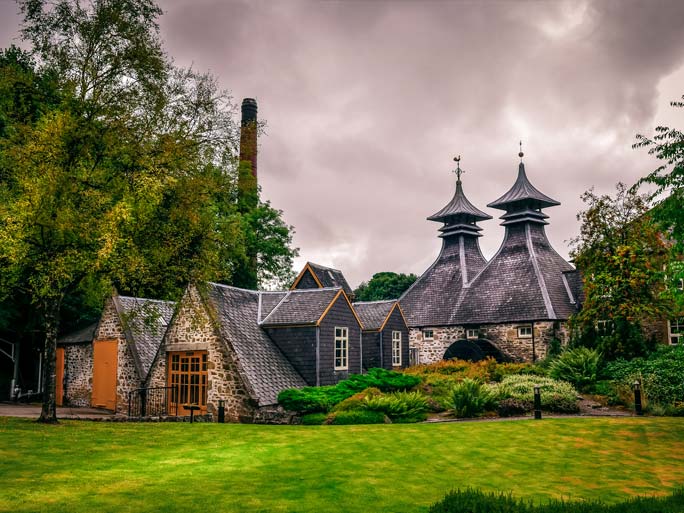 Just imagine. If the bottom had not fallen out of the flax dressing business – removing the straw from the fibres of the linseed plant in readiness for turning it into linen – George Taylor and Alexander Milne might not have turned their attention to whisky. The world would have been deprived of Strathisla, a fine exemplar of the Speyside style, and luxury blend Chivas Regal would have had a very different taste indeed.

As it was, the couple built their distillery in Keith in 1786, making it the oldest, continuously-producing distillery in the highlands. It is a revered whisky now but the success story of Strathisla has not always been plain sailing. A disastrous fire followed by a mill explosion followed much later by the imprisonment of a fraudulent owner have all threatened the brand, but the latter incident allowed the Chivas brothers to buy their first distillery in 1950, and a generous dram of the malt has been at the heart of every Chivas Regal blend ever since.

Lightly peated, with a full, honeyed nutty flavour, Strathisla has a very wide following, and is enjoyed by men and women alike.

The attractive distillery offers warm hospitality and a visit offers the opportunity to create a blend of one’s own. Although whether any amateur concoction could rival the longstanding, universal popularity of Chivas Regal is a very long shot indeed.