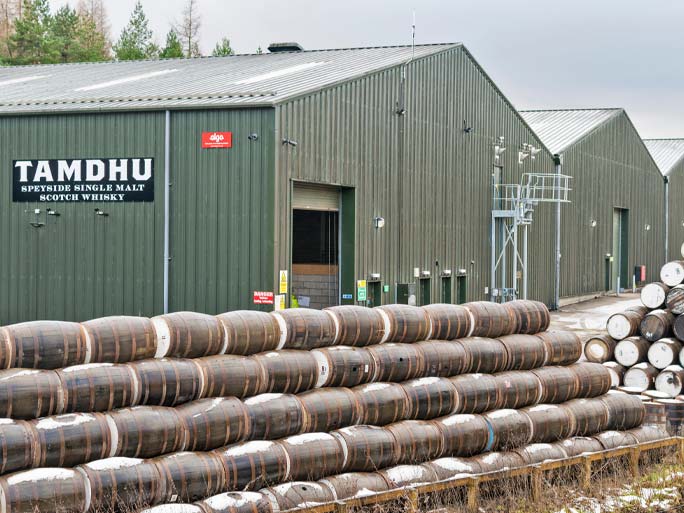 In 1896, a small group of whisky enthusiasts took the decision to produce and enjoy their very own malt. And so, the Speyside Tamdhu was founded at Knockando – the little dark hill – in Banffshire. The first batch was put into cask a year later. But sadly the aroma and reputation of the maturing malt leaked outside the warehouse and the brand was soon taken over by Highland Distillers.

Between 1972-75  capacity tripled to 4 million litres a year. There is no pagoda-style roof above the maltings furnaces at Tamdhu, and the barley is still malted by the mechanical Saladin box, with a system of pulleys and belts turning the screws which allow the grain to be turned two or three times a day.

Closure threatened in April, 2010 when HD announced the distillery’s mothballing. But fortunately, a year later, it was sold to Ian Macleod Distillers who restarted production in May 2013. The malt is a mainstay of The Famous Grouse, J&B and Cutty Sark.