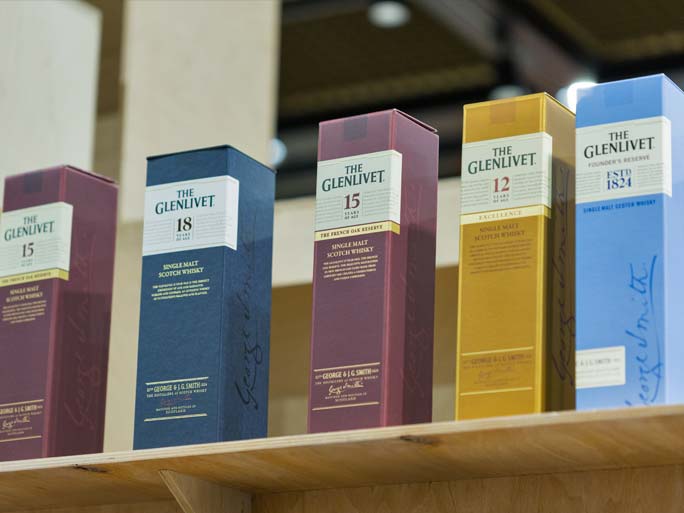 What’s in a name? An awful lot when the name is The! Back in 1824, George Smith caused something of a rumpus among his peers when he obtained the first legal licence to distil spirits at Castleton of Blairfindy in the River Livet valley. His erstwhile band of illicit producers, operating in a remote valley safe from soldiers and the customs men, made all sorts of threats against George, including giving their whisky the same name.

Thus it was that 60 years later, George fought for and won the right to exclusively label his whisky THE Glenlivet, giving him a kind of pre-eminence among local distilleries. Not that George needed to be legal in order to win friends in high places. Many years earlier, King William 1V had made a state visit to Scotland and made it known that he had heard of a divine whisky in Glenlivet and requested that he try a dram. It seems he was far from disappointed.

In the mid-19th century, Charles Dickens recommended the brand to friends, and when descendants of George Smith engaged the services of an Edinburgh sales agent, its growth was assured. As long-distance train travel took off, the Pullman company offered miniatures of The Glenlivet across America and Europe. It even managed to take Prohibition in its stride!

Today, the distillery boasts a visitor centre, coffee shop and a not quite so public Library for those wishing to learn more about The Glenlivet’s colourful past.