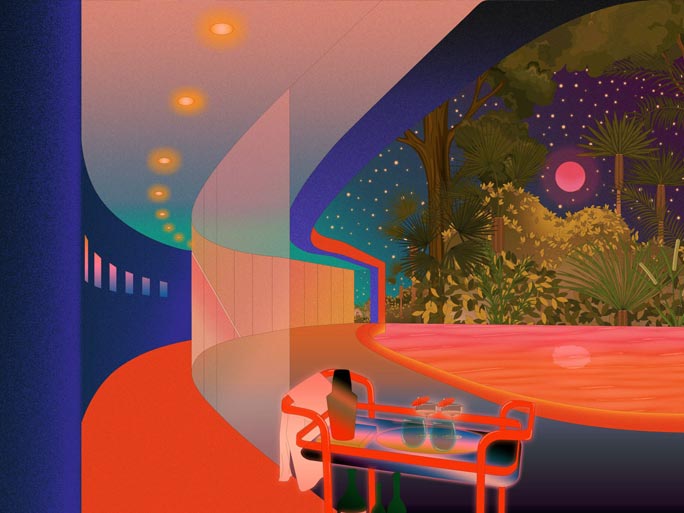 Whisky, music and the great outdoors are just some of the other ways to put your money to work.

Art, wine, jewelry, classic cars… These are the alternative assets affluent investors often buy when they want to diversify their holdings and have some fun collecting beautiful objects.

Yet there are a number of other unorthodox moves you could consider that not only bestow the pleasures of ownership but also aren’t tied to the ups and downs of capital markets.

In searching the globe for worthy possibilities, Bloomberg Wealth sought out ideas for assets that can withstand the vicissitudes of the 21st century economy. As 2021 commences with interest rates near zero, a frothy stock market spurring bubble fears, and the global outlook clouded by the Covid-19 pandemic, you may find inspiration in these offbeat ways to invest.

Some of these alternatives are a twist on a familiar investment, others are brand new, while still others are simply strange. The best part is you don’t have to be ultra-wealthy to invest in them.

Cask Whisky: An Investment to Savor

Bottles of 95-year-old Scotch whisky have gone for $1 million to $2 million at auction in recent years. But savvy collectors don’t mess around with bottles: They buy whisky by the barrel. That’s because Scotch gets better with age, and unlike wine, it stops maturing when transferred from wooden casks to glass bottles. The barrels, which are made of American or European oak, imbue the spirit with vanilla, caramel and other flavors.

As a result, aficionados are increasingly enlisting whisky brokers to secure casks that are approaching their bottling dates. The casks are stored in certified warehouses. When it’s ready, a 20-year-old hogshead barrel will yield about 230 bottles, says Andy Simpson, the co-founder of Rare Whisky 101, a brokerage and consulting firm in Scotland. A perk: You can have the whisky bottled and branded with your own label.

With Asian demand surging (as it did in rare wine a decade ago), there’s a bullish case for buying now. There have been some notable auctions of rare whisky in the last 12 months.

Why now: Spurred by rising demand from Asian investors, the value of rare whisky has soared 564% in the last decade, and the asset has outperformed not only fine wine but every other luxury asset, according to the Knight Frank 2020 Wealth Report. Knight Frank’s data shows rare whisky soaring despite the volatility in markets in recent years.

Risks: Casks, which are stored in warehouses, can leak and break down, degrading their contents so much that the liquid no longer qualifies as Scotch. You can insure casks, but that won’t make the whisky you’ve waited for taste any better.

How much you’ll need: Cask prices start at about $11,000 and can run to $700,000 for top-shelf stuff, but many distilleries maintain ultra-exclusive client lists. In February, the estate of the late American businessman and collector Richard Gooding sold a 1926 Macallan for 825,000 pounds ($1.1 million). Brokers such as Rare Finds Worldwide in Asia get investors access.

Owning the rights to hit songs used to be an obscure game for music industry insiders. Now the asset class has jumped to the top of the charts as music streaming surges and entertainment forces such as Netflix salt their shows with classic tunes. Social media, too, is making an impact: A TikTok video of a guy skateboarding to Fleetwood Mac’s “Dreams” made the 44-year-old track one of the year’s surprise hits.

No wonder then that Fleetwood Mac’s two main songwriters, Lindsey Buckingham and Stevie Nicks, have separately sold rights to their songs in recent weeks for reportedly eight to nine-figure paydays. In December, Bob Dylan stunned the entertainment industry by selling his entire songbook to Universal Music Group for an estimated $300 million. Neil Young followed suit by selling half his catalog in January.

The trick for investors is finding a way to get a piece of the action. Most rights are acquired by companies, funds or billionaires like French telecom mogul Xavier Niel, who owns the song “My Way.” Yet there are outfits that focus solely on music rights like Hipgnosis Songs Fund Ltd, which shelled out 500 million pounds last year for the rights to songs from Blondie, Soundgarden, the Pretenders and other artists. Hipgnosis is listed on the London Stock Exchange and its shares have returned 17% in the past 12 months. Investors looking for a more direct approach might consider Royalty Exchange, a Denver-based firm that runs a marketplace where artists sell royalties to fund their work.

Why now: The streaming revolution is making new and old music more valuable.

Risks: It’s not easy to invest directly in catalogs of legends like Dylan, and the ebb and flow of the music business is unpredictable.

How much you’ll need: Buy stock in listed song rights funds or search royalty exchanges for promising newcomers. Hipgnosis shares were trading at 1.20 pounds on Friday.

While conservation has long been popular among the wealthy, preserving a landscape is no longer good enough as climate change threatens biodiversity. Now a new breed of environmentalist investor wants to restore land to its original wilderness state in an approach called “rewilding.” In Scotland, for instance, Anders Povlsen, a Danish retailing billionaire, has purchased 230,000 acres to bring back flora and fauna that thrived in the highlands long ago. His time horizon: 200 years.

You don’t have to be ultra-rich. In the English region of East Anglia, three farmers joined forces in 2020 to rewild tens of thousands of acres in a 50-year effort to bring back beavers, bison and the Eurasian lynx. These projects are painstaking: First, you have to purchase agricultural properties, open space or depleted forests, and often that means negotiating with multiple owners and local governments which may dislike the idea of letting the land go wild. Next, investors must hire botanists, naturalists and other scientists to research and design a rewilding program.

Then there’s the satisfaction of turning back the clock on a swath of the natural world. Such an endeavor may take decades, making rewilding a family legacy. “There is a good business case,” says Emily Norton, the head of rural projects at Savills, the U.K. real estate firm. “It’s just not clear what the exit strategy is.”

Why now: Climate change has made biodiversity a vital issue, and investors can reap carbon and tax benefits, and ecotourism business from rewilded properties.

Risks: Assembling and purchasing lands for rewilding can be a complicated and costly process, and it may take decades to see results.

How much you’ll need: The costs depend on the property’s location and size, of course, but investors should start with a budget of about 2.5 million pounds, says Thomas Heathcote, the head of Knight Frank’s Agri-Consultancy practice.

Insect Farms: Food of the Future?

The thought of eating insects may turn off some people, but they are becoming more interesting as a viable and necessary nutritional source as overpopulation and climate change squeeze global food production. Insects can be farmed on far less land and for way less money than livestock, which could alleviate the deforestation of Brazil and Africa for grazing land. They don’t emit clouds of global-warming methane like cattle do. Plus, insects are an economical way to produce fertilizer as well as feed for fish farmed in aquaculture projects, which are on the rise around the world.

Investors and entrepreneurs are committing serious capital to farming protein-rich bugs. Astanor Ventures, a Brussels-based firm, raised $325 million last year to invest in sustainable agri-food startups. One of its portfolio companies, Ynsect, is farming mealworm beetles by the ton in France for pet food, fertilizer and fishmeal. Actor Robert Downey Jr. is one of the company’s top investors via his venture firm, Footprint Coalition.

Why Now: A global food-production crisis could make insects a crucial source of protein in the years to come.

Risks: Eating bugs? Even if they’re rendered tasteless and integrated in other foods it’s a big ask for people in many parts of the world.

How much you’ll need: Funds such as Astanor Ventures cater to wealthy families who share the same commitment to sustainable “impact” investing goals, but individuals can apply for entry to its funds with a minimum investment of 250,000 euros ($305,000). Eat Grub in the U.K., which sells bags of roasted crickets and grasshoppers, says on its website that it is planning to raise money via crowdfunding later this year.

Your Own Backyard: It Pays Immediate Dividends

At a time when lockdowns are affecting our lifestyles and mental health, there is one asset that is proving invaluable: a nice garden or backyard. Property owners could consider investing in a landscape design that reflects their aesthetic sensibilities and provides an oasis where they can exhale, relax, do some yoga. Maybe that’s an elaborate color garden teeming with exotic blooms, or a landscape of indigenous flora and hidden corners with benches and shade trees. It could even be a simple kitchen garden of potted herbs and vegetables.

There’s varying estimates of return-on-investment. Homes where landscaping was mentioned in the listing description sell for 2.7% more than expected, said Amanda Pendleton, a spokeswoman for U.S. real-estate website Zillow. Landscaping, new windows and bathroom upgrades were the best investments prior to selling a home, rather than a new kitchen, she said.

Why now: With work-from-home and lockdowns upending city centers, the demand for properties with well-designed green spaces should continue to rise.

Risks: Versailles-style topiary may be your thing but gardens that are too personalized may detract rather than enhance property value. If you aren’t planning on selling soon, you’ll have to continue to maintain the landscaping — though it can be important to think ahead for large plantings such as trees that need time to grow and mature.

How much you’ll need: Experts say $2,000 can kick start a botanical makeover, but professionally designed landscapes can run well into five-figures.

— With assistance by Emily Cadman, Suzanne Woolley, and Devon Pendleton

Previous articleWhisky industry to get £10m to go green

Next article £1.2million expected in auction for rare bottle of Macallan 60-year-old