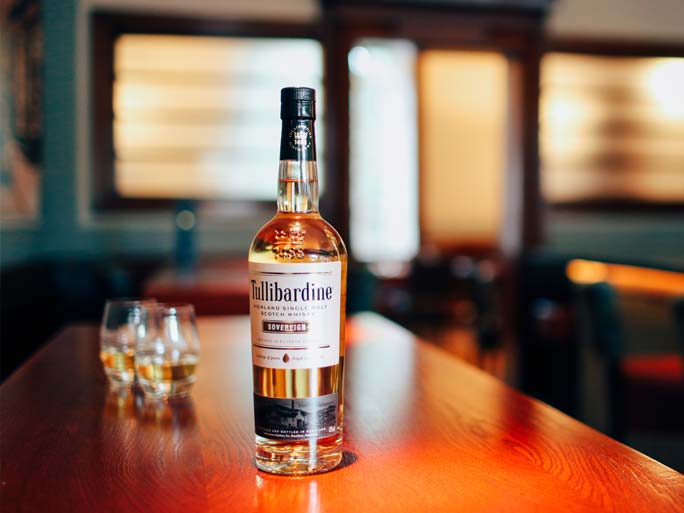 A coronation is naturally likely to bring on a bit of nerves. So a young King James 1V of Scotland can hardly be blamed for stopping off for a beer at the brewery at Blackford, Perthshire, on the way to his crowning in 1488. A few years later he granted the proprietors a Royal Charter.

It was the quality of the water that prompted the setting up of the brewery, and in 1947, conversion to distilling. It takes 15 years for rainwater to seep through the layers of basalt and red sandstone of the Ochil Hills to reach the Danny Burn which is Tullibardine’s prime source. In 1979, the Highland Spring company started bottling the same water.

One of the last independent distillers in Scotland, Tullibardine distils, matures and bottles its whisky on the one site, and maintains this enables great attention to detail and quality control over every aspect of production. From the two spirit stills flow a sherry-finish oaked edition, the signature Sovereign from bourbon cask, and the Marquess collection which benefits from extra maturation in sweet Sicilian Marsala cask.

For devotees of Tullibardine’s rare, aged whiskies,  the distillery hosts the Custodians’ Club.