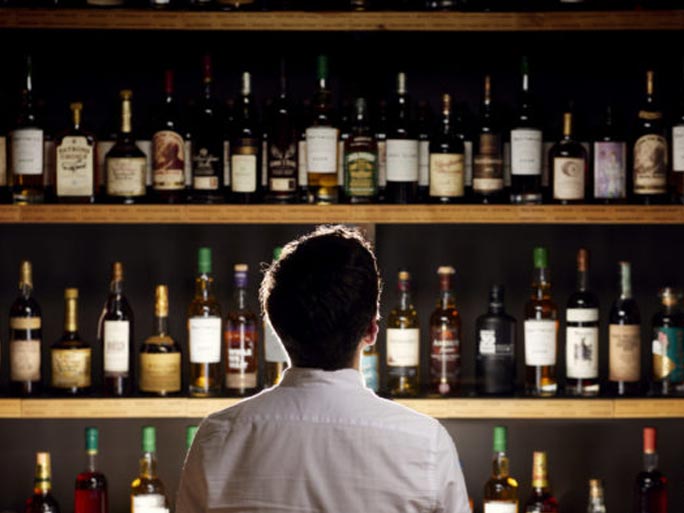 This article was first published in www.foodanddrink.scotsman.com

Whisky collection of over 9000 bottles worth £3.9m up for auction – including rare Bowmore, Port Ellen and Caperdonich

A huge collection of whisky from Scotland and beyond is set to go under the hammer.

A whisky novice, who has a collection of over 9,000 bottles, is set to put the whole lot up for auction.

The collector, known as Pat because he is a private man who wishes to remain anonymous, bought his first whiskies based on the recommendation of a colleague.

Pat’s goal was gathering bottles to be opened, enjoyed and shared with others.

However, his determination to explore every area of whisky soon outstripped his ability to open the bottles he was acquiring and so began not only his collection but his pursuit to create one of the most complete libraries of whisky ever amassed by a single collector.

It consists of over 9,000 bottles from more than 150 Scottish distilleries as well as bourbon, rare Scotch releases from sought-after independent bottlers in Europe and whisky from other distilleries across the globe.

The first offering from this collection is now on sale on Whisky Auctioneer.

In addition to this will be several of the highly sought ranges collected by Pat, including an impressive offering from cult favourite farm distillery, Daftmill and some aged expressions of Bowmore, Port Ellen, Caperdonich and Highland Park – from the Duncan Taylor Tantalus series, some of which have never been seen at auction before.

Whisky Auctioneer will offer whisky lovers the chance to join an exclusive club offering insider access to the collection.

Pat’s Whisk(e)y Club is a place for whisky enthusiasts, whether novice or expert, to unlock access to exclusive content, educational resources and get involved in the journey of the collection.

In consideration of its volume and diversity, the collection will be offered across multiple auctions over the next eight months.

Between now and June 2021, Whisky Auctioneer will curate an exciting lineup of exclusive and spotlight auctions to showcase the incredible components of Pat’s Whisk(e)y Collection.

It begins with bourbon – a huge selection of American whiskeys, the like of which has never been brought to auction previously.

More information will be released shortly regarding this first exclusive auction, coming in October 2020.

Iain McClune, founder of Whisky Auctioneer, said: “The entire collection has an estimated hammer price of approximately $5 million, however the focus for starting the project was never on ultra premium priced whiskies.

“The value of the collection lies in its completeness, with many of the most lauded series from some of the finest distilleries in the world featured here in their entirety.

“The story behind how the collection started is an intriguing one. The collector came from not even enjoying whisky to becoming hooked and he pursued with zealousness this journey to not only collect, but also gain knowledge and experience in the world of whisky.

“The upcoming auctions are a unique opportunity for whisky lovers old and new to start or complete a collection and for me, it is this accessibility that sets Pat’s Whisk(e)y Collection apart from others we have seen.

“It goes against the grain of whisky only being for experienced connoisseurs, and is a collection for everyone, accessible to all, and most importantly, something to be enjoyed.”

Pat, the collection’s owner, said: “I have always fought against whisky snobbery and wanted to create a collection for drinking and enjoying responsibly.

“Good whisky can be discovered literally anywhere and come at any price, wherein lies its beauty.

“The significance of this wide range of whisky styles, from single malts to grain and blends, is that it’s unlikely anybody will ever be able to replicate such a collection on the open market without directly acquiring large private collections.

“Many bottles included will simply never or at least rarely be available again. I was fortunate to start my collection at the time I did.

“Collecting started off with the Douglas Laing Old and Rare Platinum Selection and grew from there.

“The collectability of this library is essentially a trinity of the liquid quality, the presentation, artwork and packaging and an interesting or unique concept behind each series.”

For more information and to register to take part in this and all upcoming auctions please visit the Whisky Auctioneer website.

More information on Pat’s club can be found here.

Previous articleDalmore 62 Year Old sold for £91,650Next article Do you enjoy a drink, Gordon?