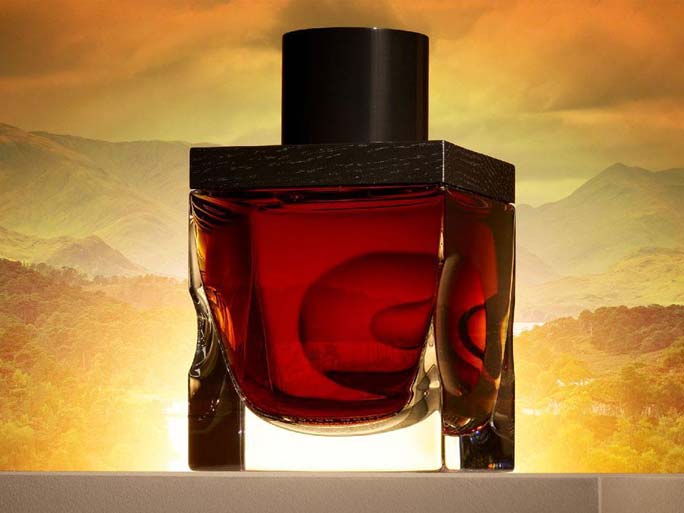 The first bottle of the world’s oldest single malt Scotch will be auctioned off to provide a windfall for a charity’s mission to rewild the Caledonian forest.

The first one is being put under the hammer by Sotheby’s in Hong Kong on October 7 to raise money for Trees for Life, which grows 100,000 rare and native trees each year.

What’s going under the hammer?

The whisky, which comes from The Glenlivet Distillery, was poured into its cask on February 3, 1940 under the watch of George Urquhart and his father John.

This was when production was slashed at Glenlivet by two-thirds and soon to stop altogether.

Internationally-renowned architect and designer Sir David Adjaye OBE has designed the decanter and oak box for the whisky.

And the 70cl decanter’s curving core had to be individually hand-blown by experienced artisans overseen by Glencairn Crystal Studio.

The jewel-like decanter will be sold off alongside the framed cask end from the original cask and a lithograph of the original concept drawings signed by David Adjaye.

Last October, a single bottle of Scotch shattered the record for most expensive wine or spirit ever sold at auction.

Given that the label’s 75-year-old Mortlach Scotch release in 2016 fetched £16,275 at the time for each of its 100 bottles, these upcoming bids could be eyewatering.

Ewen Mackintosh, managing director at Gordon and MacPhail, said: “The decanter and oak pavilion that David has created for our historic release is a true reflection of this art.

“The presentation is itself a work of art.

“I’m sure George Urquhart and his father John, who had the extraordinary foresight to lay down spirit from the Glenlivet Distillery in a bespoke Gordon & MacPhail cask to be enjoyed after their lifetime, would love the design.”

How important will the money raised be?

Trees for Life partnership manager Catherine Faulkner said: “The money will help us on a day-to-day basis at the tree nursery at the Dundreggan estate.

“It will also allow specialist work like growing trees and trips to remote mountains for seeds.

“It is always great to work with local companies and whisky is an important part of Scottish heritage.

“They came up in July as they will be planting 250 oak trees and had a look around the  nursery and Glen Affric.”