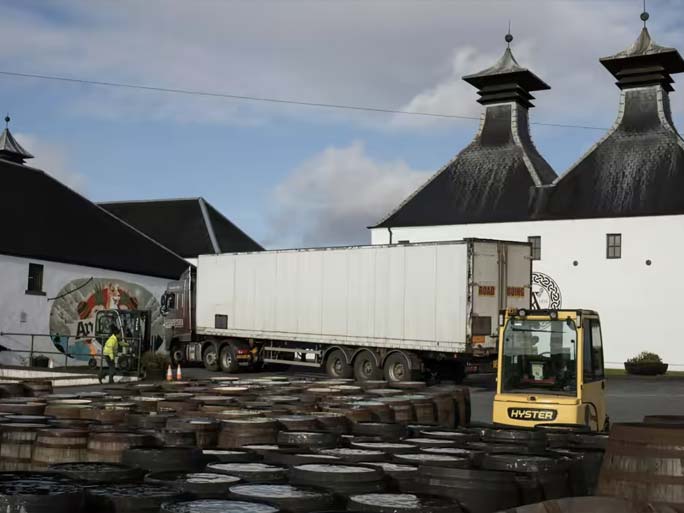 A cask of rare Scotch whisky has sold for £16mn to a private collector in Asia, smashing the previous world record of £1mn which was set only a few months ago.

The single malt, which dates to November 1975, was produced at the 207-year-old Ardbeg distillery, on the Scottish island of Islay, west of Glasgow.

The £16mn cask, known as Cask No 3, sold for more than double the price that Ardbeg’s owner Glenmorangie Co, a subsidiary of LVMH luxury group, paid for the distillery and all of its stock in 1997.

Some 88 bottles, priced at about £36,000 each, will be drawn from the cask each year for the next five years and delivered to the Asian whisky enthusiast.

The sale represents a new high-water mark for the increasingly competitive market in rare whisky.

Last year, a record 172,500 bottles of single-malt Scotch were traded on the secondary market at a value of £75mn, up from nearly £58mn a year earlier, according to estimates by the Rare Whisky 101 Index.

The previous record for the most expensive whisky cask was held by one distilled in 1988 at the Macallan estate in the Scottish Highlands, which was sold to an American collector for £1mn in April.

Thomas Moradpour, president and chief executive of the Glenmorangie Co, said the £16mn cask was a “source of pride” for the Ardbeg community on Islay, which had watched as the distillery came back from “the brink of extinction” to become “one of the most sought-after whiskies in the world”.

The Ardbeg distillery, which began commercial production in 1815, was mothballed throughout most of the 1980s and almost closed permanently in 1996 before being bought by Glenmorangie Co. Consequently, few Ardbeg whiskies were left that had been distilled before 1981. The £16mn cask is the oldest whisky ever released by the distillery.

“The factors which make a particular whisky investable are threefold: rarity, flavour and variety,” said Maclean. “And collectors do love Scotch, because of the provenance and history.” In 2021, the BC20 Whisky Cask Index, which tracks the values of various Scotch whiskies, grew 14 per cent.

“I’ve really only tasted a whisky like this two or three times in my career,” said Bill Lumsden, head of distilling and whisky creation at Ardbeg. “It has an emotional, comforting quality to it I find hard to put into words.”

The price tag includes the hidden costs of storage, insurance, bottling, labelling, distillery visits and taxes — charges that are usually added on top.

Lumsden added that 1970s casks left in the distillery’s warehouses can be counted “on just a few hands”. The “vast majority” of whisky from that era was put into blends so single malts are rare, he explained.