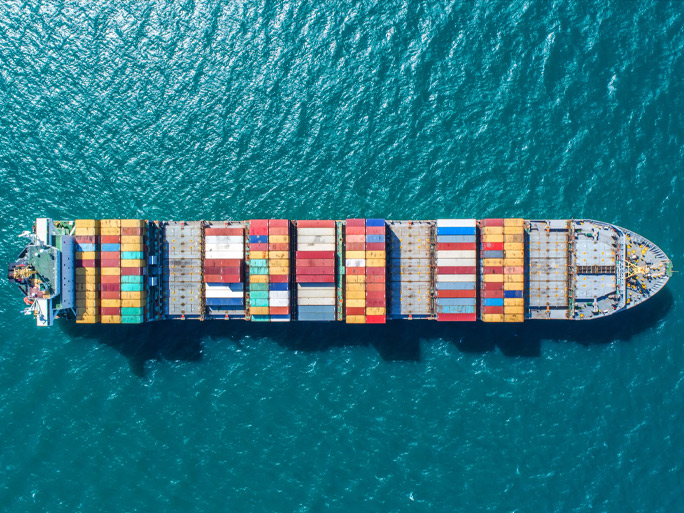 Trade negotiations with India are not for the faint-hearted.

But with no progress on a free trade deal with the United States, and none expected in the foreseeable future, the formal start of talks with India, being announced in New Delhi on Thursday, is the biggest negotiation the UK government will launch this year.

India is on course to become the third largest economy in the world by 2050, and the government hopes UK-India trade will double over the course of this decade.

The Trade Secretary Anne-Marie Trevelyan calls the prospect of a free trade deal with India “a golden opportunity” and there are certainly huge commercial prizes up for grabs.

EY’s director of trade strategy, George Riddell says the move to open negotiations is a “welcome step”, and one which he says is already generating real enthusiasm in the business community.

But India, with so many vested and vulnerable interests to protect, has always been reluctant to liberalise.
The EU has been trying for years to reach a meaningful deal with India, with little success. Australia too, has been working on a deal for a decade.

Areas such as government procurement policy and the trade in services are particularly difficult.

“The current terms under which services providers are trading between the UK and India date from 1995, and don’t take into account any of the technological developments that have taken place over the past twenty-five years,” Mr Riddell points out.

And India always makes big demands about visas for Indian professionals and students to work and study abroad.
British officials say both sides are now keen to get a UK-India deal done quickly, and they would like it to be agreed by the end of the year. But it’s an ambitious timeline.

So, why try to get this deal done with India, if recent history suggests it will be so difficult?

China is simply off limits. The US is saying no. Other big emerging economies like Brazil are incredibly difficult to negotiate with. And a deal has already been done with the EU, albeit on worse trading terms than the UK had before it left the union.

Smaller deals can be done, like the ones already agreed with Australia and, another in principle, with New Zealand in 2021. The government sees those agreements as important steps towards membership of the trans-Pacific trade deal, the CPTPP, in the world’s most dynamic region.

But the uncomfortable fact is that after leaving the EU, the UK is trying to rebuild its trade policy almost from scratch at a time when, broadly speaking, many governments are focused on domestic economics.

“Some of the momentum has gone out of reaching trade agreements generally,” says Emily Jones, associate professor in public policy at the Blavatnik School of Government in Oxford.

It doesn’t help that there’s little momentum behind multilateral deals at the World Trade Organisation. And, under both Donald Trump and Joe Biden, the United States has been concentrating on protecting the American worker at home.

So, with the Office for Budget Responsibility estimating that the size of the UK economy will shrink by about 4% over the long term, because less trade will be done outside the EU single market, the pressure is on officials to make up ground elsewhere.

“The civil servants the UK has working on trade are really good,” Ms Jones says, “but I think politics is driving the trade agenda.”
“The need to show success is being given a higher priority than the intrinsic economic merits.”

The government would dispute that. We know it is trying to promote digital trade and service exports – areas in which the UK economy often excels. But the overall strategy is less clear.

When it comes to environmental issues, for example, analysts argue that it’s not immediately obvious how UK trade policy sits alongside UK climate goals.

In agriculture the government wants to promote a shift towards sustainability and biodiversity. But at the same time, it has agreed to liberalise agricultural trade with Australia, a country which farms on a far more industrial scale than the UK.

The government responds that it is trying to do new kinds of trade deals, and the implication is that some people may not like it. And it is setting out to be different.

Last month, the trade minister Penny Mordaunt gave a speech in the US in which she urged Washington to side with the UK in what she called “a global battle between two competing versions of capitalism.”

A free-trading UK is on one side, she argued, and the EU – “a trading bloc that is pushing its regulatory system on the rest of the world” – is on the other.

Brexit, Ms Mordaunt went on, “is a major geo-political event and it calls for a US response that recognises the moment, and the opportunity that comes with it.”

Many critics were not impressed, describing the speech as begging for American support in matters of trade.

Anton Spisak, head of policy at the Tony Blair Institute, called it “a solid candidate for the most embarrassing speech delivered by a government minister in 2021.”

But the government insists that its critics lack ambition, and that ministers are determined to give substance to the Global Britain slogan.

Trade policy in 2022, and the progress of negotiations, will be another big test of how well that’s going.