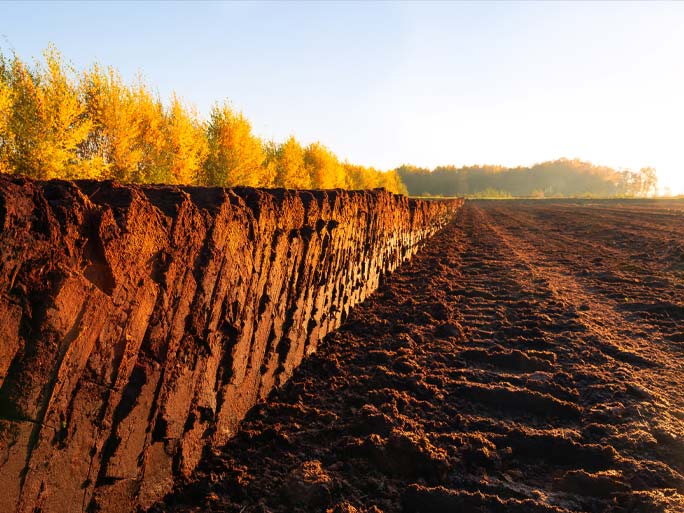 Peat: a compact, brownish deposit of partially decomposed vegetable matter saturated with water: found in uplands and bogs and used as a fuel (when dried) and as a fertiliser.

If the compiler of that dictionary was updating it now, he would have to add a few lines about the importance of peat to the environment, its vital role as a crucial and totally natural carbon storage medium. But still the dictionary entry would not be complete. Because for millions of malt whisky enthusiasts around the world,  the word ‘peat’ means one thing – a hugely important ingredient in the magical process that is whisky distilling.

It plays its part early. After a period of turning the barley over and over to bring on germination, the grain is then roasted (malted) to stop the seeds from fully sprouting. Think back to the very early days of illicit distilling in the Highlands and of course we find ourselves among poor people, making use of freely available local resources; grain, water and peat for fuel. Later, with the issuing of official licences and a growing affluence, coal replaced peat in many distilleries, and later still, steam.

Peat made a considerable comeback for a spell after WW2 with fuel shortages, hence for example The Macallan Exceptional Cask of 1950. This most unusual offering from the Speyside legend produced only 336 bottles of a deliciously peaty spirit.

But fortunately for those of us who enjoy a full-bodied robustness to our malt, many distilleries continue to use peat to fire the barley because of a growing appreciation of that rich, smoky element in both bouquet and flavour that suggests an autumnal walk among the very mosses, grasses, leaves and tree roots that created the substance hundreds, even thousands of years ago. A heavily peated malt is made for mid-winter, a roaring fire and a favourite armchair. Just to inhale deeply of the earthy, complex battery of aromas is eminently satisfying.

The Isle of Islay is the centre of ‘big’peated malts, with Lagavulin, Port Ellen, Ardbeg and Laphroaig just some of the names that spring to mind. However, the island’s Caol Ila and some Bruichaladdich  offerings have just a hint of peat about them. Others you may wish to try include Tomintoul, Benromach, Tomatin and Highland Park.