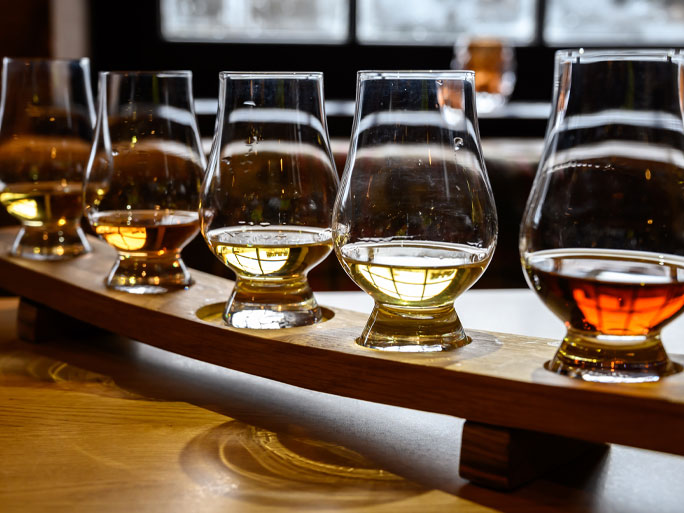 What’s in a name? asked Shakespeare. A lot, when it is deemed far too difficult for Sassenachs to pronounce.  Thus Auchroisk (say Oh – thrusk and you will be understood by the denizens of the Banffshire, Speyside village), has at various times been known as The Singleton, The Singleton of Auchroisk and back to the original. The name means ‘shallow ford across the red stream’.

The distillery only came into being in 1972, after the discovery that the water in Dorie’s Well was analysed and found to have very similar properties to that used by J&B for its Glen Spey malt production which went into blends. Early output only went into blends, as does the major part today, principally the J&B brand itself. But current owners Diageo have expanded production to four wash and an equal number of spirit stills, with a capacity of 3,100,000 million litres a year.

The 10-year-old Auchroisk forms part of Diageo’s Flora & Fauna range. It is an unpeated malt with a light aroma. Deeper notes are provided by a fine balancing of cask; European oak for spice and American for a calmer, fresh influence.