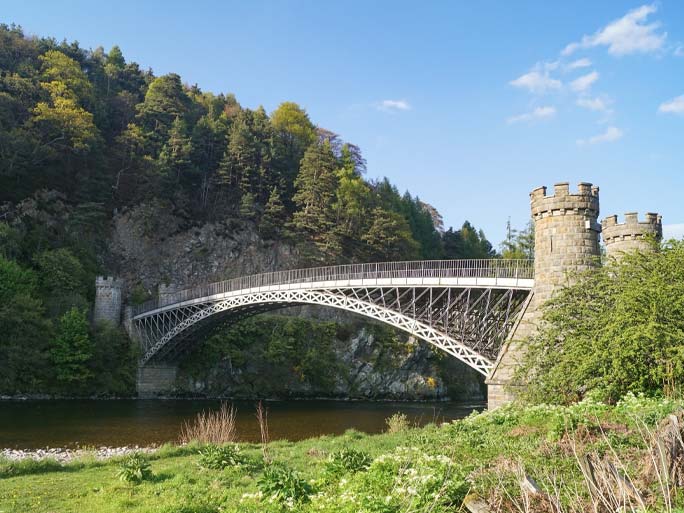 Situated in the very heart of Speyside it may be, but Craigellachie strikes a rebellious tone when it comes to phrases such as ‘a typical example of……’  It takes pride in its more robust, muscular style of whisky, softened perhaps with ‘a hint of pineapple’.  Certainly Alfred Barnard agreed, saying after his encounter with the whisky: ‘A style seldom met.’  Barnard’s opinion counted. A secretary of Harper’s Weekly Gazette, he visited every working distillery in Great Britain and Ireland between 1885-87, including 129 in Scotland. He wrote up his findings in the 500-page The Whisky Distilleries of the UK, and when one of the few remaining copies came up for sale, it fetched £2,500.

Located in the village of the Banffshire village of the same name, at the confluence of the Spey and Fiddich rivers, the distillery was founded in 1891, designed by prominent local architect Charles Doig. If it had not been for whisky and distillery tours, the prime reason for visiting the area might well have been the nearby John Telford bridge. Craigellachie means the Rock of Alarm, a reference to the cliff on which much of the village is built.

Today, under the management of John Dewar on behalf of Bacardi-Martini, the distillery augments its independent bottlings with house releases, including the Last Great Malts range aged 13, 17, 19 and 23 years. It also plays a full part in the Speyside Whisky Festival.