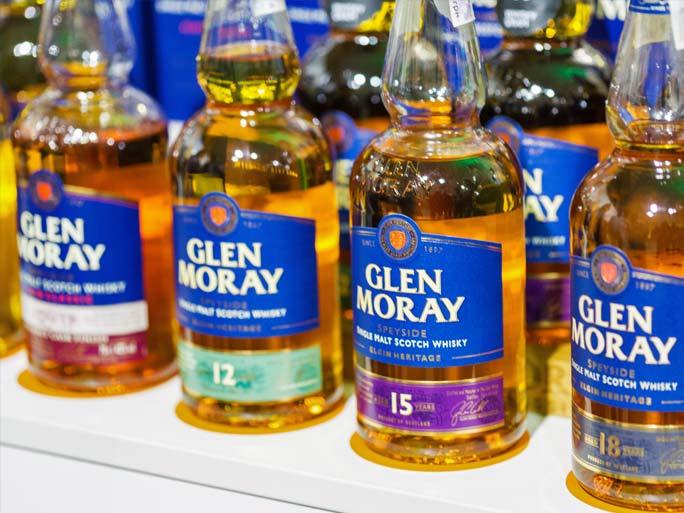 Shortly after the first spirit flowed from the new stills by the banks of the River Lossie in Elgin, on 13th September, 1897, much of it was encased in casks which had once held Sicilian Marsala wine; a truly innovative experiment for the time. Fast forward nearly 120 years and we find a proportion of Glen Moray 2014 finished in Cabernet Sauvignon casks.

A bold approach to whisky making, coupled with deep respect for its past is key. In the 1950s, the company purchased nearby Gallowcrook Farm, whose barley had been used in the very first batch of Glen Moray.

With whisky production turned back on after World War One, the distillery spent some time under the stewardship of Macdonald & Muir, long term owners of Glenmorangie, but it now prospers under the ownership of La Martiniquaise.

Its recent story has been one both of expansion and closures, but a glance along supermarket shelves, especially where the more recently-introduced peated version should be, tells us that Glen Moray is now firmly established. Three spirit stills are capable of producing 3.3 million litres per annum, and the 1994 sherry cask-finished whisky was declared Best Scotch Speyside single cask single malt category winner in the