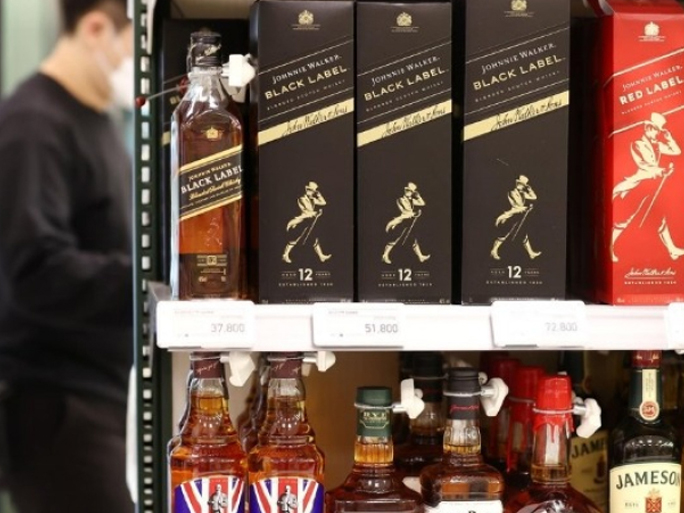 As whisky became more popular in Korea, the amount of whisky imported for 10 months until October this year increased about 62% compared to the same period last year.

According to the trade statistics of the Korea Customs Service on Thursday, the value of imports of whiskys such as scotch, bourbon, and rye from January to October this year was $218.0 million, up 61.8% from $134.8 million during the same period last year.

Due to quarantine measures such as social distancing after the COVID-19 pandemic, the culture of drinking at home and drinking alone has become commonplace, and the number of consumers who enjoy whisky, especially those in their 20s and 30s, has been on the rise. Market observers commented that these factors were what accounted for the steep increase in the whisky market.

In addition, “highball,” a cocktail concocted by mixing soda water with whisky, became highly popular and was a factor in increasing the market.

An official of Diageo Korea said, “[Whisky] is gaining popularity as it is consumed in various ways such as neat, on-the-rock, and highball.”

Franz Hotton, CEO of Pernod Ricard Korea, also cited a new drinking culture, an influx of young drinkers, and the rise in consumer information as the driving forces for market growth.

Previous articleRare whisky value up by 21%