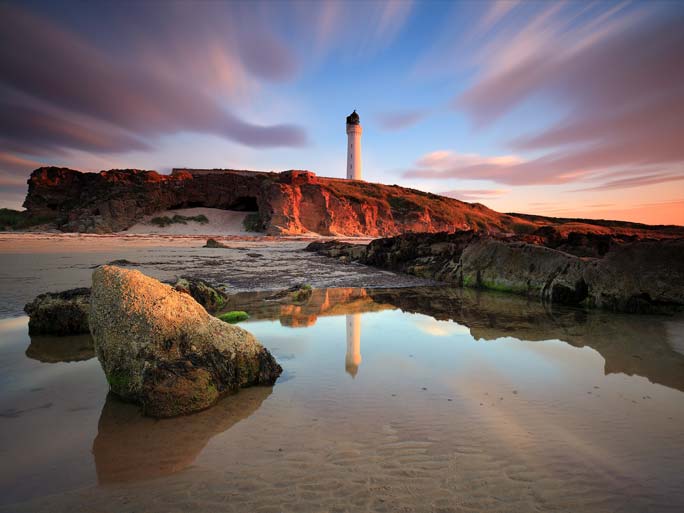 The name James Fleming is still revered in the Strathspey village of Aberlour, some 12 miles south of Elgin. After all, the businessman and philanthropist gave the village its meeting hall and cottage hospital. He also paid for the building of a footbridge after a young lad lost his life to the fast-flowing River Spey. And in 1879, he took over and re-built the distillery which had been founded in 1826, just three years after the Excise Act legalised such activity.

Ever since the days of Robert the Bruce, the family motto of the Fleming family had been ‘Let the deed show,’ which subsequent generations of owners of the distillery translate as ‘let the whisky speak for itself.’

Now thriving under the ownership of the Pernod-Ricard group, Aberlour’s 10-year-old offering bills itself as an example of the modern Speyside style, while older bottlings, matured in both sherry and first-fill American oak casks, claim lashings of vanilla on the nose, together with toffee and orange rind. There is also the undated Casg Annamh – from the rare cask.

The distillery is located under the rugged Ben Rinnes mountain range on the Lour burn, which converges with the Spey just 270 metres away. Should anybody discern a hint of another kind of spirit in their glass of Aberlour, it could just be because a 6th century Celtic saint baptised local chiefs in what is now the whisky’s water source!