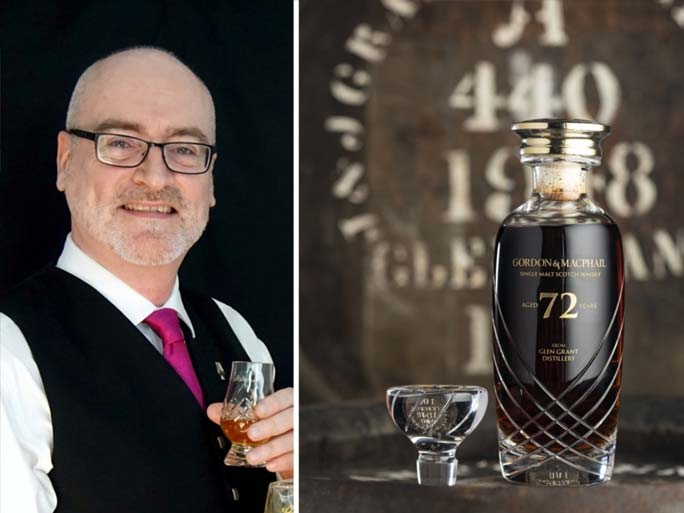 Originally Posted By The Value

Bonhams has just wrapped up its first 2021 whisky sale in Hong Kong recently, dominated by Scotch whiskies – including the Gordon & MacPhail 72-Year-Old Glen Grant 1948, which was sold for HK$421,600 (US$54,400) after fees and was the second runner-up of the sale.

We invited John Rhodes, the co-founder of the Hong Kong Whisky Festival, to share his thoughts on the appreciation of independent bottled whiskies, the comparison between Scotch and Japanese whiskies, and options for whisky investment.

Rhodes founded Caskells in Hong Kong in 2016, which specializes in independently bottled whiskies, to take the bonded warehouse vibes all the way from his hometown of Scotland to the city. Gracing the cover of the sale’s catalog is the Gordon & MacPhail 72YO – one of the oldest Glen Grant whisky casks in existence. The finished whisky was matured in an oak cask seasoned with sherry since 1948, before it was bottled 72 years later in 2020, by independent bottler Gordon & MacPhail. The high ABV (alcohol by volume) is retained at 56.2%, presenting the potent aroma and taste.

Appearing at auction for the first time, both the quality and age makes the present lot a rare gem in the market. “It is not uncommon for very aged whiskies to have their character overly influenced by the barrel it has been sitting in for decades at a time,” said Rhodes. “This Gordon & MacPhail 72YO is an outstanding one, not only for the age itself but the taste, complexity and balance,” he continued. Rhodes recalled how impressed he was with how smooth the whisky was, when he tried out a sample in late 2019, a year before it was bottled. The Gordon & MacPhail 72YO features a deep amber hue thanks to the Oloroso sherry aged in an American oak ex-sherry cask. Mouth-filling and slightly waxy, the sweet taste comes from the top notes from Christmas cake moistened with Oloroso sherry, which further develops to the base notes derived from oak (shavings, coconut, and treacle toffee), before the aftertaste with hints of espresso and dark chocolate kicks in.

Housing the present single-malt whisky is a bespoke Dartington Crystal decanter, or the “Rings of Life,” which represents the cask’s age, similar to a tree’s annual growth rings. It is presented in an American Black Walnut presentation box, to frame the elegant crystal cut decanter.

There are only 290 units available worldwide, with the one that went under hammer this time was bottle number 88, an auspicious number that symbolizes wealth and prosperity in Chinese culture. The global release for the rest of the units is late March.

The Gordon & MacPhail 72YO housed in a bespoke Dartington Crystal decanter

What sets independent bottlers apart from with major distilleries worldwide?

Rhodes: “Focus” is the word which sums it up. That is not to say the big guys don’t have focus…, but independent bottlers are great at bottling from single barrels or perhaps just two or three barrels into a batch. Single casks are always unique to the character of the barrel and although some can be very similar to sister casks, more often than not they are different, which in turn provides for variety. They are also not always balanced, there is a tendency to go in a particular flavor direction and again it comes from the barrel and storage or maturation conditions. One of my favorite go-to whiskies comes from the far northeast mainland (hint: it has a cat on the label and is a lucky 14 years old). 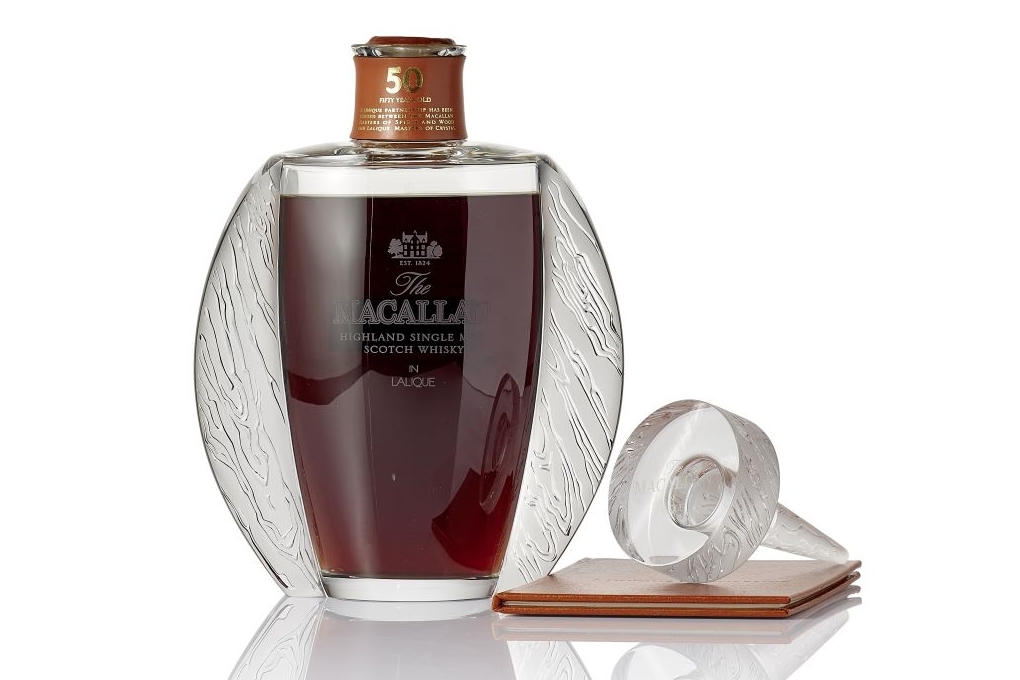 Macallan never fails to dominate whisky auctions and this Bonhams sale saw no exception. The top two lots were both by Macallan, including a 50-year-old in the Lalique Decanter series, which fetched HK$1,054,000 (US$135,967), and a 37-year-old Macallan Lalique Motor Car 1937 37-Year-Old, that was sold for HK$558,000 (US$71,983). With Scotch whiskies occupying top three spots of the sale, proving just how strong of a momentum Scotch whiskies hold in the Asian market. How do Scotch and Japanese whiskies compare?

Rhodes: One of the main reasons why Japanese whisky is popular is due to the lack of products. Japan has about ten distilleries operating versus Scotland’s 120 or so. There just isn’t the volume to match the demand. In terms of comparisons, they are alike in that they have both sublime and less sublime products, but I think Scottish stuff has of a more robust character. Production techniques are very similar but Japan has a bit more focus on the blending aspect of things to achieve their flavors.

Which one would make a better investment option?

Rhodes: Both are good for investments. They are both attractive for different reasons and I’d get into both. In particular, the aged statement whiskies from Japan, which are going to be discontinued until production starts to match demand somewhere down the line. Scotch whiskies are easier to get hold of until you start to get to the ultra-aged, whereas the Japanese product is already limited in supply. Neither one will go wrong but in terms of finding something that is very, very old such as 72 years old then it is Scotland all the way!

The current Japanese whisky record was set last year at Bonhams Hong Kong, by a first-edition Yamazaki 55-Year-Old that fetched HK$6.2m (US$800,000): Yamazaki 55-Year-Old, the most expensive bottle of Japanese whisky A 78-Year-Old Macallan, the distillery’s oldest whisky that was featured in the Red Collection

We have seen multiple new whisky auction records in recent years. In 2019, a bottle of Macallan 60-Year-Old whisky was sold for a record-high of £1.45m (US$185,856) in London. Do you think the market has reached its peak?

Rhodes: I think it has not reached a peak… in ten years from now the trend will continue to be upwards, but there might be plateaus along the way. A 72-year-old whisky cannot just be conjured out of thin air. It has to take that time, which means a very limited supply (in the market), hence it will never lose in value. Even the bottles produced in the 80s and 90s at an age of 10 years old are also collectable as they are not replaceable, so they will hold value very well.

Do you have any advice for buyers or collectors who are starting out on whisky investment? What would be your recommendations?

Rhodes: Look at your budget and the reasons that you are doing it for. We can get whole casks for a fairly small amount and it will go up in value over ten years. Or buy something already bottled which is rare and/or old and cannot be replaced easily or at all. For really old stuff you are pretty safe, it cannot be replaced as that particular cask is singularly unique. Use a bit of common sense, anything that can’t be done twice or easily done again is worth a look. Research online to see what the pricing history is like and look back over the history of it before making a decision. Don’t expect to make a quick buck overnight but do expect to have an increase in value over time – that is the nature of whisky. The best stuff happens over time.