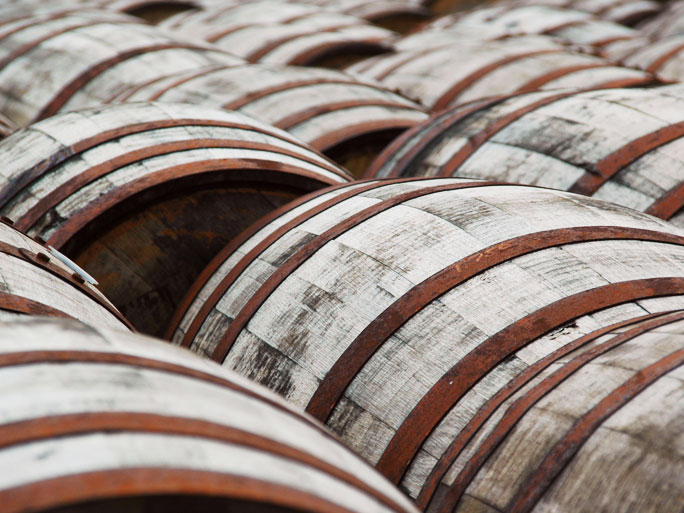 The Pattinson Crash of 1900 is little known now, but when three overly-ambitious and ultimately criminally fraudulent Edinburgh brothers bought up large stakes in a number of distilleries during a boom time for whisky, and were eventually jailed for ‘passing off’, it almost brought the entire industry to its knees.

One of the casualties was the infant Benriach, founded only two years earlier by well-known whisky entrepreneur John Duff. He had located a site in north Speyside on a small hill – a Ben – where previously the Riach family had farmed. The tragic result was that the distillery remained closed for 65 years, but fortunately the maltings floor had remained in use all that time to provide malt to the nearby Longmorn distillery via a specially commissioned train.  Thus when the good times returned and Glenlivet Distillers stepped in,

it was to find the buildings in good order and they were able to set to work with the same period features as Benriach had opened with almost 70 years earlier.

In 1972, Glenlivet took the highly unusual step for a Speyside malt of creating a peated offering, and Benriach is now happily maturing some of the oldest peated malts in the region. In 1985, new owners Seagrams doubled production to four stills, and nine years later, a malt that had previously only been available in blends made its debut under its own name.

The Benriach Distllery Company was formed in 2004, and now oversees further growth in the brand. Utilising its impressive cask collection, gathered from far and wide, three styles are available; classic, peated and triple distilled.