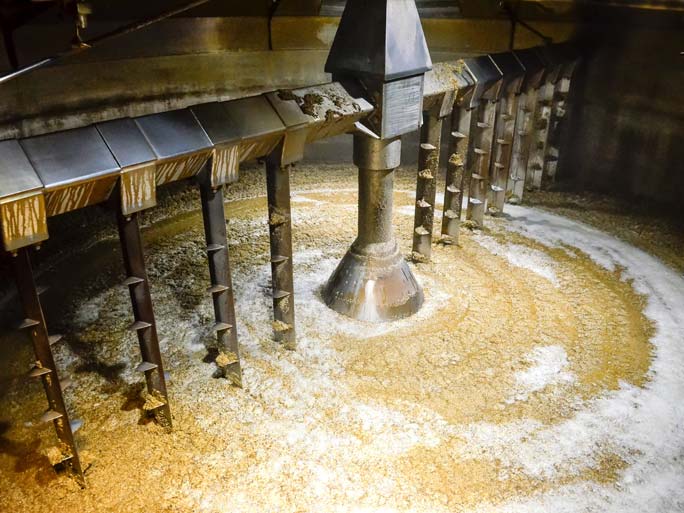 No less a figure than First Minister Nicola Sturgeon was called in to perform the ribbon-cutting when Dalmunach went into business for the first time in June 2015. Remnants of the much older Imperial Distillery at Carron, Abelour (1897-2012) were incorporated into the rather futuristic design, inspired by the shape of a sheaf of barley.

Named after a nearby pool on the River Spey, the new malt was deemed important by owners Pernod Ricard-Chivas Brothers to support the need for additional blending malt for such illustrious blends as Chivas Regal and Ballantine’s. The design features a spectacular spirit safe that houses an impressive ‘waterfall’. Given the visual appeal of the distillery, it seems rather a shame that Nicola Sturgeon remains one of the few outsiders to see inside the buildings.

The inaugural offering in 2018 was a 4-year-old single (first fill American oak) cask whisky, bottled at 64.5% ABV. 348 bottles comprised the offering, described as sweet and fruity, with grapefruit, mint, peaches, zesty lemon and a hint of ginger.