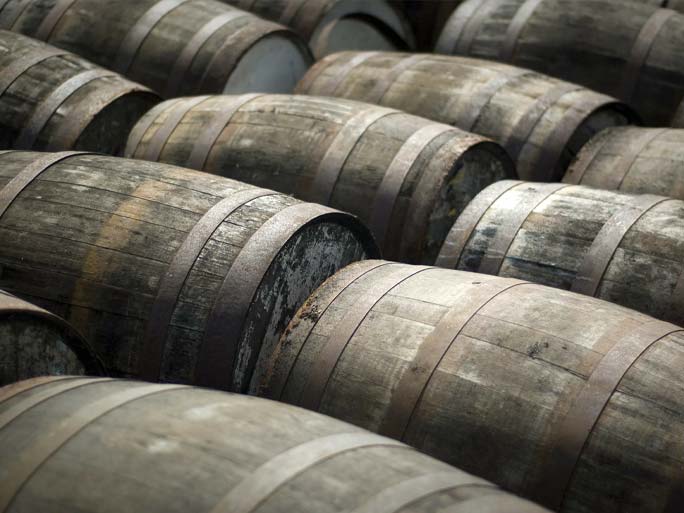 Be careful as you stroll attentively through the Deanston production facility. The distillery, on the River Teith, 8 miles from the ancient Scottish capital of Stirling, boasts an 11-ton open topped mash tun, the only one of its size in the country.  From the mash, into the stills and eventually the light Highland spirit goes into casks – a capacity of 45,000 of them – for storage in an original 1830s weaving shed.

The reason being that the distillery was created in 1785 as a cotton mill, designed by no less an industrial architect than Sir Richard Arkwright. And a mill It remained until as recently as 1966 when that same constant flow of pure water from the Teith led to the notion of a whisky distillery. And the setting proved a further advantage in 2012 when renowned director Ken Loach chose Deanston as the location for his film The Angels’ Share, with several members of staff appearing in front of the camera.

Owned by the Distell Group, which also has Islay’s Bunnahabhain and Mull’s Tobermory in its stable, Deanston was one of the first to produce organic whisky. The mainstream offerings utilise the unchill-filtered system, and rely on natural colour, traditional methods and as little technology as possible. It is also the only distillery to be self-sufficient in electricity with its on-site hydro-electric facility.

When visitor centres can re-open, those visiting Deanston will be entertained in the cotton mill canteen, resplendent with paraphernalia from the original on-site craft.